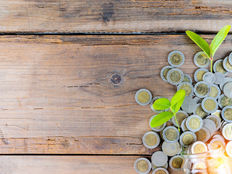 Disclosure requirements, key to ESG standardization, expected to increase under a Democratic sweep

Last month we wrote about what the future of ESG might look like under a Biden administration. At that time, we were awaiting the Georgia run-offs and a democratic sweep still looked unlikely. We noted that even with a divided government, ESG attention and funding were likely to increase. So, what has changed?

The senate is now evenly divided for only the 4th time in history, with any potential tiebreaker to be decided by Vice President Kamala Harris. Consequently, for the first time since 2009 Democrats control the White House, the Senate, and the House of Representatives.

We feel that Biden would like his legacy to include sweeping climate change reform. He has pledged to re-join the Paris Agreement and to dedicate $2 trillion of federal spending to the climate budget. The chances of passage just increased. Further, the case for ESG investing and for meaningful reform, including disclosure requirements, have increased substantially.

In a report published in December, MSCI called out disclosure as one of the five key trends to watch in 2021 ESG Investing (“The ESG Data Deluge:  Sink or Swim for Companies and Investors”). MSCI did a study of earnings calls in 2020 vs. 2015 of the largest 100 companies. In 2015, “sustainability”, “environmental” or “climate” were mentioned less than 20 times. In 2020 that number more than doubled.

It is heartening to see that companies are being pro-active in their awareness and disclosure. It is likely they are anticipating the inevitable avalanche of required disclosure, but could disclosure requirements go too far in the near term? Probably.

US regulation currently only requires companies to report what management considers financially material ESG factors allowing for considerable discretion and a lack of uniformity across companies and sectors. Meanwhile, Europe is well ahead of the US in disclosure requirements as well as cultural acceptance. It is therefore not surprising that Europe has a vastly greater proportion of ESG leaders than the US.

However, a Democratic sweep allows for the appointment of several key positions, including the Chairman and Commissioners of the SEC and the chairman of the Senate Banking Committee. These appointments are expected to be more progressive on environmental and social issues.

For example, Senator Sherrod Brown (D-OH) will be the new chairman of the Senate Banking Committee. In a recent press conference Brown declared, “We’re going to view everything we do through the dignity of work and through a climate lens and through a racial justice lens.”

He further stated that Democrats planned to use the Congressional Review Act to begin repealing some of the banking rules implemented by President Donald Trump as early as April. Other key appointments have included Janet Yellen as Treasury Secretary, John Kerry as Biden’s climate envoy and Brian Deese (formerly with BlackRock and responsible for sustainable investment strategies as leader of the National Economic Council).

We don’t know what reform and standardization will ultimately look like, but we are confident that these anticipated steps will only serve to increase implementation of ESG practices and widespread acceptance and adoption of ESG investing.