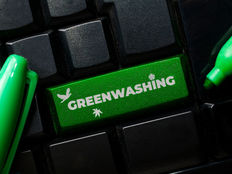 Interest and adoption of ESG investing has absolutely exploded over the last couple of years.  The events and developments of 2020, including  the global Covid-19 pandemic, a strong Black Lives Matter movement, and unusual weather events, have fast-forwarded consideration of the concepts involved and widespread acceptance of ESG.  Shareholders are increasingly voting (by investing) with their conscience and demanding that companies and boards be held accountable for their Environmental, Social and Governance actions and impact.

Boards and C-suites are taking notice.  Most S&P 500 companies now address ESG in their earnings calls.  In late 2020 and early 2021 a number of multinationals announced commitments to ensure a more equal workplace.  Entire nations are committing to carbon neutrality and a growing number of high-profile companies are also making commitments to reduce carbon emissions and become carbon neutral by a specific date in the race to zero emissions.  Notable examples include China’s 2060 commitment, the United States’ 2050 goal under the Biden administration, the UK’s and the European Union’s 2050 goal, Amazon’s 2040 commitment, Apple’s 2030 commitment, and BP’s 2050 pledge.

Awareness and commitments are an important first step, but there is growing concern that it is extremely difficult to determine how committed an organization actually is to ESG or whether they are simply “Greenwashing” – the practice of making statements or policies to make a company appear more serious about ESG than it actually is. In addition, do the steps they take actually improve long term sustainability and social equality in our communities.

This can be difficult to measure even when an organization has the best of intentions.    The term “greenwashing” was reportedly coined by US environmentalist Jay Westerveld in 1986 in an essay about hotels’ practice of putting up notices in hotel rooms to encourage guests to reuse towels.  He accused them of making false claims about being environmentally responsible since they only adopted such practices when they reduced costs.  It was initially used as a term to describe product labeling practices with green certifications, many of which turned out to be false, unqualified or generally misleading.

ESG greenwashing can take many forms and ranges from lip service to deliberate misleading claims, but it is most often linked to public relations or marketing campaigns.  For example, companies have been accused of “hiding” their actual carbon footprint by outsourcing parts of their production process.  In a more specific example, Amazon, which receives high ESG ratings due to its commitment to reduce its carbon emission and become carbon neutral by 2040, registered a carbon footprint of 51.17 million tons of carbon dioxide last year, a 15% increase over the previous year.

Once again, Europe is leading the way on regulating ESG claims.  By the end of 2021, portfolio managers of ESG funds in Europe will have to explain how and to what extent they applied safeguards when determining whether companies are following sustainable steps.  We have written previously of the need for ESG standardization and consistency that can only come from reporting requirements.  We feel that this, in addition to an ever-increasing shareholder focus and voice, can help to reduce the practice of greenwashing as companies fear being called out for overpromising and underdelivering.