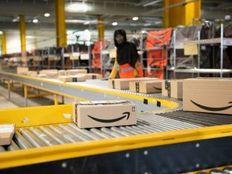 Amazon Might Be Key to Extending These ETFs’ Rebounds

The Nasdaq Composite exited its bear market on Wednesday, and while there’s work to be done to turn green on a year-to-date basis, the fact remains that growth stocks are perking up as of late.

Of course, that’s good news for investors engaged with exchange traded funds such as the Invesco QQQ Trust (QQQ B+) and the Invesco NASDAQ 100 ETF (QQQM B). Those ETFs, both of which track the Nasdaq-100 Index, are higher by almost 14% over the past month.

As is frequently noted, the cap-weighted version of the Nasdaq-100, the index followed by QQQ and QQQM, often sports large weights to a small number of big-name growth stocks. That means some familiar names often chart the courses for these ETFs and that these funds are solid proxies on specific stocks, including Amazon (NASDAQ:AMZN).

Fortunately for investors considering QQQ and QQQM, Amazon, which spent much of the first half of 2022 disappointing analysts and investors, remains a compelling long-term bet in the eyes of some experts.

“Investors’ preoccupation with Amazon’s retail operations overlooks the company’s transformation. This year, the Amazon Web Services cloud business will be about 15% of the company’s total revenue but more than 100% of its profits. Before, during, and after pandemic lockdowns, AWS revenue grew at a 30%-plus quarterly clip. In the long term, those trends should continue,” reported Eric Savitz for Barron’s.

For long-term investors, Amazon’s impact on QQQ and QQQM is relevant on multiple fronts. First, the stock is one of the ETF’s largest holdings at a weight of 7.05%. Second, it’s the ETF’s largest consumer discretionary holding. That’s important because consumer cyclical is the second-largest sector allocation in the Nasdaq-100, and owing to Amazon’s dominance in that group, other members of the sector are often correlated to Amazon.

In addition to a potential rebound in consumer spending and the strength of Amazon Web Services (AWS), the company has other sources of allure, and those could be meaningful for QQQ and QQQM.

“Meanwhile, Amazon has an advertising business that has annualized revenue of close to $40 billion. That’s nearly four times the size of Twitter (TWTR) and Snap (SNAP) combined. And it’s a media company that now controls the rights to a weekly National Football League game, a package that was once exclusive to broadcast giants Comcast (CMCSA), Fox (FOXA), Paramount Global (PARA), and Walt Disney (DIS),” according to Barron’s.