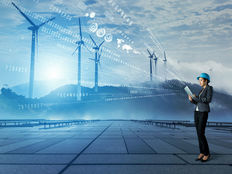 Charge Up With PBW as Renewables Landscape Expands

The renewable energy landscape is evolving, and it’s incumbent upon lean energy investments, such as the Invesco WilderHill Clean Energy ETF (PBW B), to keep pace.

Fortunately for investors seeking related exposures, PBW is potentially an ideal choice. In fact, the exchange traded fund is arguably more relevant today than it was when it debuted nearly 17 years ago because investors need renewable energy strategies that evolve with the times.

The $1.14 billion PBW, which tracks the WilderHill Clean Energy Index, answers that call. An obvious plus with PBW is that the fund isn’t driven solely by a single renewable energy concept or industry. Rather, the ETF is diverse and positioned to capitalize on a fast-growing renewable energy universe.

That’s important because as IHS Markit notes in a new report, the new normal in renewable energy isn’t just about driving costs down. While that remains important, end users want value, too.

“Financiers and investors also value investments in renewables as a step to meet climate commitments and de-risk portfolios,” says IHS Markit. “The consolidated banking experience with renewables, alongside a strong push for green financing, has also brought down the cost of capital for renewable power projects.”

With exposure to seven sectors, PBW reaches deep into the renewable energy ecosystem. Further diversification benefits are offered by minimal single stock risk, as PBW allocates no more than 2.14% of its weight to any of its 80 holdings. Those factors underscore the point that PBW is levered to rising renewable spending at the corporate level.

“This trend is already building on the sizeable investment that has occurred in recent years by first time corporate purchasers in major markets such as the United States, Europe and key markets in Asia,” notes IHS Markit. “The pool of companies who will be renewable energy off-takers or owners is expected to diversify with a range of interest from different industries such as technology, retail, mining, manufacturing, accommodation, and heavy industries.”

PBW could also prove relevant on another front: carbon capture expansion. That’s largely viewed as one of the centerpieces of fighting climate change and expanding net-zero goals in the years ahead.

“The year 2021 solidified the revival of the carbon capture and utilization sector (CCUS) industry, as the global trend towards more ambitious climate goals drives ongoing activity in the CCUS market,” concludes IHS Markit. “The active pipeline for large-scale CCUS projects – those at the construction, design, financing, and planned stages –increased by 26% in 2021, and funding announcements during the year showed that a handful of governments are collectively investing multiple billions of dollars into developing the sector.”