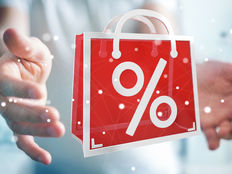 Deals Available on Some Nasdaq 100 Components

With growth and technology stocks ranking among the broader markets primary offenders this year, some growth-heavy indexes and exchange traded funds are in rare position to offer some value to investors.

Included in that group is the famed Nasdaq 100 Index and ETFs such as the Invesco QQQ Trust (QQQ B+) and the Invesco NASDAQ 100 ETF (QQQM B). Both Invesco funds follow the cap-weighted version of NDX.

Explaining why QQQ and QQQM are scuffling this year isn’t difficult. A lot of it boils down to growth stocks being vulnerable to rising interest rates owing to longer-term cash flows. Those woes are compounded by recession speculation — an obvious drag on those two ETFs because each allocates 15.34% to the consumer discretionary sector, and that doesn’t include the consumer-focused companies residing in the communication services sector.

On the upside, there are some deals to be had among QQQ and QQQM components.

“That is why Barron’s screened for Nasdaq100 firms that have fallen more than 20%, including dividends, this year. We then filtered out firms with a forward price-to-earnings multiple greater than the S&P 500’s average of 16.7 times estimated 2023 earnings, according to Bloomberg. Lastly, we narrowed the screen to firms with estimated 2023 sales growth of 8% or more, per Bloomberg estimates,” reported Connor Smith for Barron’s.

Some prominent QQQ and QQQM holdings make the Barron’s list of undervalued names. Those include Facebook parent Meta Platforms (NASDAQ:FB) and semiconductor giant Nvidia (NASDAQ:NVDA). That pair combines for about 7% of the weight of the aforementioned ETFs.

Speaking of inexpensive semiconductors, the Nasdaq 100 is currently loaded with such names beyond Nvidia. According to the Barron’s list, Applied Materials (NASDAQ:AMAT), Lam Research (NASDAQ:LRCX), Micron Technology (NASDAQ:MU), and Qualcomm (NASDAQ:QCOM) all fit that bill. Those stocks combine for over 3% of the Nasdaq 100.

Other venerable Nasdaq 100 names are also considered attractively valued today. Those include Google parent Alphabet (NASDAQ:GOOG) and Netflix (NASDAQ:NFLX). The two shares of Alphabet combine for over 7% of QQQ and QQQM, while Netflix commands a weight of 0.75% in the ETFs.

“Alphabet stock trades at 15.93 times estimated 2023 earnings and is expected to grow sales by 16% in 2023. That doesn’t mean it’s all rosy for the Google parent. Macroeconomic concerns could weigh on the firm’s search and cloud businesses in the coming months,” according to Barron’s.