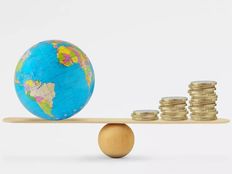 Last month, the Intergovernmental Panel on Climate Change (IPCC) released the third installment of the Climate Change 2022: Mitigation of Climate Change=, addressing issues such as climate change and rising temperatures.

Reading through the report’s tea leaves, it’s not a stretch for investors to come away thinking that it’s going to require massive spending to combat climate change and that there are potentially compelling implications for numerous exchange traded funds, including the Invesco WilderHill Clean Energy ETF (PBW B-).

“Among its key findings are that to keep global temperature rise to 1.5°C by 2100, we must reach peak emissions by 2025, but that current policies, if not changed, would lead to a median of about 3.2°C temperature rise,” notes Moody’s Investors Service.

The $1.1 billion PBW offers investors the depth necessary to capitalize on climate change. The fund, which tracks the WilderHill Clean Energy Index, holds 79 stocks, confirming that it has leverage to multiple clean energy concepts. That’s a relevant trait because it’s going to take advancement and evolution by multiple clean technologies to achieve carbon reduction and climate goals.

“Key takeaways of the report include the potential for between $1-4 trillion in unburned fossil fuel and stranded fossil fuel infrastructure if we limit temperature rise to 2°C. This underscores the importance of preparing preemptively for these risks,” adds Moody’s.

Not surprisingly, emissions reduction is a cornerstone of climate change efforts, and some PBW holdings could play expanding roles on that front. For example, the Invesco fund allocates 44.66% of its weight to industrial stocks — just one example of the importance of sector allocations in renewable energy funds.

“There is significant potential for emissions reductions through scaling up both established and emerging low-carbon technology across industry, energy and other key sectors, as well as addressing demand side solutions, including through car shares, public transportation and less meat intensive diets, among many other possible actions,” concludes Moody’s.

Speaking of sector exposures, consumer discretionary and technology names combine for over 37% of the PBW roster. The fund also isn’t overly dependent on large-caps, as such stocks represent just 5.77% of its line-up. None of PBW’s holdings exceeded a weight of 1.76% as of April 28, according to issuer data.