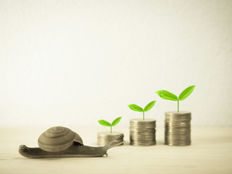 Last week’s second-quarter GDP reading was tepid to say the least, sparking concerns that the U.S. economy is in a recession.

While the definition of recession is shifting these days, there is some precedent that investors can rely on, and that includes the point that growth stocks historically outperform value when the economy slows. That could be a sign that exchange traded funds such as the Invesco QQQ Trust (QQQ B+) and the Invesco NASDAQ 100 ETF (QQQM B) are worth evaluating today.

“Aside from energy, few sectors or styles have produced positive returns in 2022, but until recently value consistently outperformed. From the start of the year through the end of May the Russell 1000 Value Index outperformed the broader U.S. market and growth indexes by roughly 8% and 17% respectively. The catalysts for the outperformance were cheap valuations, a strong economy and rising interest rates,” according to BlackRock research.

More recently, however, hope has emerged for growth sectors, including technology and consumer discretionary. That’s meaningful for QQQ and QQQM because the Invesco ETFs allocate a combined 66% of their weights to those sectors.

Those ETFs have another advantage: They track the Nasdaq-100 Index (NDX), which excludes financial services stocks. That’s important today because that sector is an abject disappointment this year despite rising interest rates.

“Apart from a rapidly decelerating economy, value has lost another tailwind: rising rates. Bank stocks, which benefit from higher rates and a steeper yield curve, led the market earlier in the year,” added BlackRock. “Along with energy and materials, banks were viewed as a haven in an environment of higher inflation and interest rates. However, with lower rates and a narrower yield curve banks have surrendered much of their gains. Banks turned sharply lower in June and are now underperforming the market year-to-date.”

While it’s possible that value stocks could rebound, recent earnings reports from some marquee names in tech and consumer discretionary, including Amazon (NASDAQ:AMZN) and Microsoft (NASDAQ:MSFT), suggest that growth stocks may be cobbling together some momentum. This could signal that QQQ and QQQM are ready to offer some buffer in the event of a material economic retrenchment.

“Whether we can avoid a full-blown recession is still an open question, but the headwinds from higher energy, food and interest rates will result in slower growth. At the same time, growth has surrendered its ‘pandemic premium,’ making value less attractive on a relative basis,” concluded BlackRock.