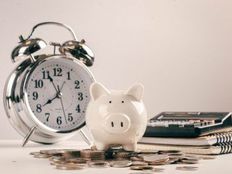 These ETFs Have Earnings Season Upside

Some companies already reported, but July marks the earnest start of second-quarter earnings season. After stocks posted the worst first half showing in 50 years, it’s understandable that many investors aren’t enthusiastic about upcoming earnings reports.

However, it’s possible that components in exchange traded funds such as the Invesco QQQ Trust (QQQ B+) and the Invesco NASDAQ 100 ETF (QQQM B) could deliver surprises as earnings reports from growth companies trickle in.

To be clear, QQQ and QQQM follow the Nasdaq-100 Index (NDX), not the S&P 500. However, those benchmarks have 79 common holdings and their overlap by weight is 39%, according to the ETF Research Center. That means that earnings performance by the S&P 500 is relevant to investors considering QQQ and QQQM.

Obviously, 2022 is a different investing climate, and history isn’t guaranteed to repeat, but when S&P 500 companies, including QQQ and QQQM member firms, beat earnings forecasts, it’s often by impressive margins.

“Over the past five years, actual earnings reported by S&P 500 companies have exceeded estimated earnings by 8.8% on average. During this same period, 77% of companies in the S&P 500 have reported actual EPS above the mean EPS estimate on average. As a result, from the end of the quarter through the end of the earnings season, the earnings growth rate has increased by 8.1 percentage points on average (over the past five years) due to the number and magnitude of positive earnings surprises,” added Butters.

With a variety of dour forecasts baked into growth stocks, it’s possible that some QQQ and QQQM member firms could surprise to the upside this earnings season. Thus far, the small number of S&P 500 companies that have reported are delivering positive surprises.