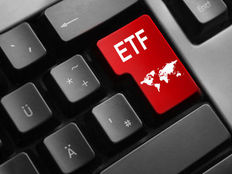 Are Fringe ETFs Worth the Added Cost?

The exchange-traded fund (ETF) industry has exploded over the past decade. Between 2003 and 2015, the number of all ETFs (not just U.S. ETFs) has increased to 4,396 from 276 representing a 26% compound annual growth rate, according to Statista.

ETFs reached over $3 trillion in assets and attracted nearly $300 billion in new investment dollars in 2016, due to their low cost and easy exposure to nearly any asset class.

In this article, we will look at so-called fringe ETFs and whether they’re worth the added cost for investors looking for specific exposure.

What Are Fringe ETFs?

Fringe ETFs – or funds with few assets and low trading volume – have become increasingly commonplace in financial markets. Launching a new ETF has traditionally cost between $750,000 and $1.25 million for a non-issuer, but these costs are significantly lower for existing issuers that are simply launching new funds to their portfolios. And, a new breed of white-label fund providers has reduced this cost to just $100,000 for new issuers.

The growing popularity of ETFs among investors and the reduced cost of launching them for issuers has led to increasingly bizarre funds. For example, the Direxion iBillionaire Index ETF (IBLN C+) invests in up to 30 large-cap stocks that appear in the portfolios of billionaires and the KraneShares CSI China Internet ETF (KWEB B) that tracks publicly-traded, China-based companies that are involved in the Internet and related sectors.

Issuers will often launch these fringe ETFs to see if investors are interested in the concept. If too few assets from investors are attracted, the issuer will either shut down the fund or in some cases leave it running without much activity. For example, the Barclays Return on Disability ETN (RODI C) has accumulated about $27.8 million in assets since its launch in September 2014, but the fund hasn’t traded any shares since June 2016 and often goes months between trades.

Examples and Types of Fringe ETFs

Fringe ETFs can be broadly sorted into various categories, although new categories frequently appear over time, as new trends are observed.

Direxion and Global X have become leading issuers of so-called guru ETFs that attempt to mimic strategies used by successful investors. For instance, the Global X Guru Index ETF (GURU C) looks at 13F SEC filings to identify the holdings of successful hedge funds and then attempts to mimic them. The iBillionaire Index ETF (IBLN C+) similarly picks up to 30 large-cap equities in which billionaires have allocated the most assets.

Renewable energy, climate change, corporate governance, and workplace equality concerns have spawned a growing number of social ETFs focused on these issues. For instance, the Market Vectors Global Alternative Energy ETF (GEX C+) targets renewable energy stocks, while the SPDR SSGA Gender Diversity Index ETF (SHE B-) re-weights companies based on the gender diversity of their leadership and board of directors.

Global X has become the most popular issuer of thematic ETFs covering specific themes like social media, Internet of things, millennials, longevity, and even Catholic values. Most of these funds invest in publicly-traded companies involved in these themes. For example, the social media fund may invest in Twitter and Facebook stocks. Other funds reweight common indexes based on thematic criteria, such as the Catholic values fund that re-weights the S&P 500 index.

For more information on technology-themed ETFs, see the 10 Technology ETFs You Should Consider.

Subsector ETFs target specific subsectors within a given industry, including everything from specific types of technology to beverages. For example, the PureFunds Drone Economy Strategy (IFLY B-) invests in drone-focused companies while the Whiskey and Spirits ETF (WSKY ) invests in companies in the spirits business. These funds often try to provide pure-play exposure to desirable subsets of larger industries.

The marketing materials produced by these fringe ETFs may seem compelling on the surface. After all, what could go wrong following the moves of famous hedge funds with the Global X Guru Index ETF (GURU C)?

The reality is that investors must take a closer look at the expenses and risk profile associated with these funds. Higher expense ratios can take a bite out of long-term performance, while excessive risk-taking could expose investors to downside risk.

The Sharpe Ratio is a great way to compare funds because it factors in risk in addition to looking at total returns. Simply put, the ratio is calculated by taking the annual return, subtracting the risk-free return, and dividing the result by the standard deviation.

The guru-focused funds have higher Sharpe ratios despite their lower returns since the hedge funds that they mimic tend to reduce risk compared to the S&P 500 index. In contrast, many social funds underperform on a Sharpe ratio comparison, but could provide some value to those who prioritize their personal goals rather than financial goals. Sector returns tend to vary widely depending on the timeframe since many target emerging trends.

Fringe ETFs have become increasingly popular as investors have embraced ETFs and the cost of launching them has gone down. Despite the growing number of options, investors should carefully screen opportunities to assess their real risk-reward profile.