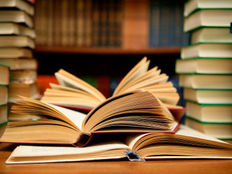 ETF Alternatives to the Most Popular Mutual Funds

With over 1,600 exchange-traded funds on the market, investors can easily tap into nearly every corner of the investable universe. Prior to ETFs, investors turned to mutual funds to gain diversified exposure to both equity and bond markets. In this piece, we take a look at the five largest and most popular mutual funds, highlighting compelling ETF alternatives [Be sure to check out our free Mutual Fund to ETF Converter Tool].

This ultra popular mutual fund was managed by the Bond King himself, Bill Gross. Launched in 1987, PTTRX has amassed over $146 billion in net assets under management. The fund’s objective is to seek maximum total return, consistent with preservation of capital and prudent investment management. PTTRX’s portfolio consists of intermediate-term, investment grade bonds; the majority of which are U.S. government related.

Though this fund charges an expense ratio of only 0.46%, institutional investors must have a minimum of $1,000,000 to invest.

ETF Alternative: In one of the most highly-anticipated launches in the ETF industry, PIMCO launched an exchange traded fund version of its legendary Total Return mutual fund in 2012. The Total Return Exchange-Traded Fund (BOND B) follows the same objective as its mutual fund counterpart. Unlike PTTRX, investors don’t need a minimum investment of $1 M dollars to tap into the coveted strategy. BOND does, however, charge a slightly higher expense ratio of 0.55%.

Despite the funds having very similar strategies, BOND was able to outperform its mutual fund counterpart over the trailing year.

Making its debut in 1992, this Vanguard fund is designed to provide investors with exposure to the entire U.S. equity market, including small-, mid-, and large-cap growth and value stocks. VTSMX holds roughly 3,700 individual securities, with exposure to technology, financials, industrials, consumer, healthcare, and oil & gas sectors.

ETF Alternative: Vanguard offers an exchange-traded version of its fund, the Total Stock Market ETF (VTI A). VTI follows the same index as its mutual fund counterpart, making it an ideal pick. Furthermore, VTI charges only 0.05%, and can be traded commission free on TD Ameritrade and Vanguard platforms.

These two funds track the same index so it is not surprising to see them move in lock step with each other.

This Fidelity offering made its debut in 1967, and focuses on capital appreciation. To achieve its objective, FCNTX focuses on securities whose value Fidelity believes is not fully recognized by the public. The resulting portfolio consists primarily of large cap growth stocks, many of which are information technology, consumer discretionary, financial, and health care stocks.

ETF Alternative: There are over 40 ETFs that offer exposure to large-cap growth stocks, one of which is Vanguard’s Growth ETF (VUG). VUG’s portfolio consists of over 370 individual securities. Like FCNTX, VUG is heavily invested in tech, consumer cyclical, and health care stocks. VUG, however, charges only 0.09% and can be traded commission free on TD Ameritrade and Vanguard platforms.

The two funds were relatively similar over the past year until December, when VUG weathered selling pressure much better than FCNTX and ultimately jumping as a result.

The Income Fund of America – Class A Shares (AMECX)

This mutual fund focuses on providing current income, while secondarily striving for capital growth. AMECX invests in both stocks and bonds, as well as preferred stocks. The fund’s portfolio allocates more than 70% to both U.S. and foreign common stocks, roughly 15% to U.S. bonds, and about 3% to non-U.S. bonds. In its equity holdings, pharmaceuticals are given the biggest weight.

ETF Alternative: There are a little over 20 exchange-traded funds that are classified as diversified portfolio. iShares Moderate Allocation ETF (AOM A) is a great alternative to AMECX. The ETF is moderately weighted towards U.S. bonds, but also invests in U.S. and non-U.S. equities. AOM charges 0.31%.

These two funds move in a relatively similar fashion, but AOM has not been able to keep up with AMECX’s gains as of late.

The Growth Fund of America – Class A Shares (AGTHX)

Another American Funds offering, AGTHX focuses on providing growth of capital. The mutual fund invests roughly 80% in U.S. equities, and 11% in foreign equities. Only about 0.1% is invested in U.S. bonds. In terms of sector exposure, AGHTX’s largest holdings are biotechnology, oil & gas, and internet companies.

ETF Alternative: iShares Aggressive Allocation ETF (AOA B+) is a good alternative to AGTHX. Like the mutual fund, AOA is heavily invested in equities, but also provides exposure to U.S. bonds. The ETF’s equity component allocates the majority of its assets to financials, IT, industrials, and consumer discretionary securities. AOA charges only 0.32%.

A harsh December sell-off took a toll on AGTHX, allowing AOA to hold the upper hand between these two.

While there may not always be a perfect substitute for certain mutual funds, the vast array of ETF options offers investors plenty of alternatives to the often pricier mutual funds.