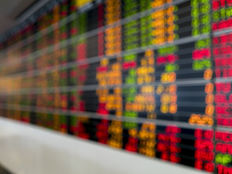 The Grey Area Between Mutual Funds and ETFs Is Blurring

There has always been a so-called battle between mutual funds and exchange traded funds (ETFs). ETFs seem to be winning the war, as their lower expenses, intraday tradability and market-hugging nature has them outperforming their more actively managed counterparts. Assets continue to flow from mutual funds into ETFs at a torrid pace.

That’s a problem if you’re a provider of traditional active mutual funds.

Some fund companies have tried to turn back that tide with new smart-beta ETF products, while others like Eaton Vance have tried to package active management into ETF-like products. However, Eaton Vance’s exchange-traded mutual funds (ETMFs) have been met with a tepid response from investors.

But if anybody can make the active mutual fund to ETF leap work, it has to be fund giants’ Fidelity and Vanguard. Both of these indexing, ETF and active mutual fund power houses have recently made waves with SEC filings that will bring actively managed ETFs to the market.

For investors, it could be the correct structure to bridge the gap between the two fund security types.

The Problem With “Front Running”

Aside from the slightly higher costs associated with current active ETFs is an issue called front running. Because ETFs are designed to constantly update their holdings and net-asset values, traders can basically see what a fund manager is doing-every day and then potentially get out “in front” of the manager and buy shares in the stocks he/she is accumulating. That can push up values of stocks before a manager buys them, which leads to lower returns for the fund or potentially ruining a manager’s strategy.

The problem is especially dangerous when it comes to superstar or guru managers. Imagine knowing what stocks Warren Buffett was buying before the “Oracle of Omaha” did so.

To circumvent this, ETF issuers have been trying to figure out a way to offer non-transparent ETFs, or funds that wouldn’t require daily reporting of holdings or NAV. So far, the efforts have been muted. The SEC has shot down plenty of non-transparent proposals, while the only one to really make it to market has been Eaton Vance’s lineup of ETMFs. However, despite the promise of the funds, they haven’t lived up to expectations. Today, the majority of the active ETFs still use the classic “transparent” structure.

Despite getting a late start in ETFs, Fidelity has built an impressive lineup of index exchange-traded funds and the mutual fund powerhouse is still very much an active manager. And like managers’ actively focused mutual fund houses, Fidelity continues to see outflows from some of its funds.

With that in mind, Fidelity has recently figured out a way to build a better active ETF by improving on an old structure. The fund group has decided that a hybrid model – which combines the best features of a ETFs and closed-end funds – would be the best way to bridge the active ETF gap.

Closed-end funds (CEFs) are a unique bird in the world of funds, as they often trade below their net asset values. Their current value is driven by supply/demand and the fixed number of shares. However, they are only required to update their holdings once a month and often with a month delay.

In order to fix the problem with CEFs NAV discounts/premiums, Fidelity’s new product would trade continuously on a stock exchange and offer the ability to arbitrage between the market value of the fund and its NAV. That’s similar to what market makers do for a regular ETF now. The idea is that Fidelity’s new products would narrow and eliminate the discount problem, once and for all.

As for the lack of transparency – because investors won’t really know what’s in the fund until monthly disclosure – Fidelity has proposed that the new ETFs will each have a “tracking basket”, essentially the value of the fund’s most recent publicly disclosed holdings. This so-called tracking basket will be updated daily and disclosed every 15 seconds throughout the trading session, just like a regular ETF.

Investors will basically be buying and selling the fund based on the previous month’s holdings, but bids/ask spreads will be tight because of the market making. And that’s a very different animal than Eaton Vance’s NextShares non-transparent product.

Not to be outdone, indexing giant Vanguard unveiled its plans to release active ETFs. Currently, Vanguard has a patent that allows it to use ETFs as an existing share class of its mutual funds. That’s one of the reasons the firm has been able to garner such huge assets for its passive funds.

For active management, it’s thrown caution to the wind and recently filed to use a traditional transparent ETF structure for some of its well-known active funds. Vanguard basically threw its hands at the idea of hiding its assets from front running. The reason why? Sub-managers.

Vanguard typically uses multiple sub-managers for its larger active funds. Pinpointing what the 3 or 4 managers per fund is doing exactly is pretty hard already. As a result, its lineup of active ETFs shouldn’t be “managed or manipulated to produce benefits for one group of purchasers or sellers to the detriment of others.”

It’s a simple solution to the problem of active ETFs. With that being said, Vanguard has some great funds, but none of them are focused on strategies used by gurus or public fund managers, such as Bill Gross and Peter Lynch. Front running is potentially not an issue for the firm.

Active ETFs Will Get Better

With these filings, investors are finally getting the best of best worlds: strong active management and the benefits of ETFs. Ultimately, with two massive investment power houses finally getting into the active ETF game, more attention should be thrust towards the relatively small active ETF segment.

And if either method proves successful, particularly Fidelity’s approach, it could mean that more managers will join the revolution. That could save the day for struggling fund shops.

For investors, it will result in lower costs, which is, perhaps, the highest hurdle when it comes to active management’s underperformance. Stock picking may, once again, become in vogue.

Active ETFs are coming. Vanguard and Fidelity just fired the first real salvo in the sector. If these funds actually launch, it could change the game for portfolios.