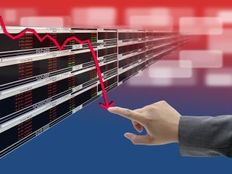 Prepare for the Next Bear Market

Have you lived through the emotional roller-coaster that usually comes after a severe market downturn? Well, now is as good a time as any to prepare for what you’ll do when the next bear market rolls around.

A bear markets refer to a prolonged investment environment characterized by falling security prices across the board, matched with rampant pessimism. More specifically, the term “bear market” is generally associated with drops of 20% or more (from a peak) in broad-based equity indexes such as the S&P 500 or Dow Jones Industrial Average; anything less than that is often considered a “correction” or “pullback” given the difference in magnitude and duration.

Perhaps the single most important thing you should know about bear markets is that they are an inescapable part of investing. Consider the following research from JPMorgan which quantifies every bear market the S&P 500 has endured since the 1940s:

The ultimate takeaway is this: bear markets are inevitable, although they are far shallower and shorter in magnitude and duration compared to bull markets. Put another way, don’t forget that the market’s long-term trajectory is upward sloping (hence more bull markets than bear markets).

See also a Visual History of Every S&P 500 Bear Market.

What NOT to Do During a Bear Market

Panic-selling after an already steep decline in the market is a surefire way to lose your hard-earned savings. Yes, for some investors, namely those nearing retirement (or already retired), it may be better to cut their losses in the face of falling prices in an effort to preserve capital. But for most investors, especially younger ones, giving into the urge to sell positions in the midst of a bear market is precisely the wrong thing to do. Remember the data from above — bear markets are shorter and much smaller in magnitude than their bull market counterparts.

Likewise, it’s equally dangerous to try and call the bottom of a bear market whereby you aim to go “all-in” just before the turning point. This is bound to be a losing strategy due to the simple fact that markets can, and will, remain irrational longer than your account can remain solvent.

Read more about Timing the Market.

What to DO During a Bear Market

Focus on asset allocation. This means reviewing your long-term goals and re-aligning your portfolio holdings with your objectives and risk-tolerance in mind. Usually, what this entails is rebalancing your portfolio so that you maintain a desired mix among asset classes: for example, after a deep sell-off in the market you may wish to add to your foreign equity holdings in light of “discounted prices,” while also trimming your exposure to bonds.

As Joshua Brown, seasoned portfolio manager, points out, investors are quick to forget the following: expected future returns are rising when the market is falling.

So one thing to DO during a bear market is get your shopping list ready and consider scaling into positions rather than running away from them.

Whether you’re a long-term investor looking to build the ultimate growth portfolio or a retiree looking to maximize current income, ETF Database model portfolios can help.

Bear markets are an unavoidable aspect of the larger stock market cycle at hand. History shows us that bear markets, albeit scary at times, are much smaller in size and duration compared to bull markets. As such, you’re better off mustering up the conviction and courage to buy when markets appear at their worst rather than selling.