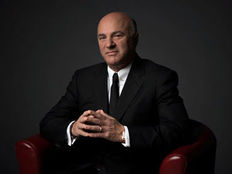 For many years entrepreneur and financial titan Kevin O’Leary has been a fixture on North American TV sets. Whether acting as a co-host on the Business News Network, making countless deals on Dragons’ Den and Shark Tank, or debating the day’s top business headlines on the CBC, O’Leary has had much to say, never signing off without making some notable and quotable statements. Here are some of the best:

A classic line often heard on Shark Tank. O’Leary gets to the heart of the deal-making process without the pleasantries and half-truths. He simply wants to benefit his bottom line (and that of the person bringing the deal, if possible).

“Here’s how I think of my money – as soldiers – I send them out to war everyday. I want them to take prisoners and come home, so there’s more of them.”

O’Leary is known for his way with metaphors and storytelling. And sometimes the simplest metaphor is the best. He often looks at the world of finance as a “war” or place to do battle, with the only acceptable outcome being a win – or making more money.

A no-nonsense approach to deal-making. Are you in or out? O’Leary is more than happy to make a deal if the terms are just right. If the other party wants more or has other ideas, it’s time to move on.

O’Leary has always been a pragmatist and realist. Emotions have no place in the boardroom and decisions need to be made with only one goal in mind: making money. Everything else is secondary.

5. “I love feel good moments but we have to get back to reality here.

O’Leary is not afraid to show his emotions in the Tank or whenever he hears a touching story that leads to a particular business idea. He has shed a tear and been touched by stories. But the time always comes to discuss the finances and whether or not those emotions translate into dollars.

6. “Money may go to bad people but it never goes to bad ideas.”

It’s easy for O’Leary to compartmentalize items within a deal. He understands that anyone can get rich with the right idea or product. There is no discrimination and everyone (even the bad ones) can make it happen.

Anyone can have a good idea or product but not everyone can execute it. O’Leary knows this and experienced it in his younger days. He understands that even the brains behind a potential success story may have limited capacity or desire to execute.

O’Leary never fails to remind entrepreneurs what is important. Focus on the business, focus on generating wealth and don’t get clouded by pleasantries that don’t add value.

9. “I’d rather invest in an entrepreneur who has failed... ”

“I’d rather invest in an entrepreneur who has failed before than one who assumes success from day one.”

O’Leary will measure a person by what they do rather than what they think is best. Making an attempt and failing is not the problem so long as the fundamentals are strong. Entitlement, on the other hand, will never drive someone to work hard.

It’s true that the good ideas are the ones that will make money, but as O’Leary knows, and suggests, it can come from anyone at any time. There is no schooling or degrees to get you there. It simply germinates within the right person and grows with the right capital and hard work.