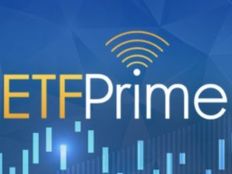 On the latest episode of Nate Geraci’s ETF Prime, VettaFi’s vice chairman Tom Lydon highlighted trends and the merits of implementing a trend-following strategy using ETFs. BlackRock’s Bob Hum and MSCI’s Hitendra Varsani discussed factor investing through the lens of both the current market environment and what’s potentially in store for 2023.

Looking Back and Looking Ahead

With the ETF event of the year, Exchange, just a couple months away and 2022 winding down, Lydon and Geraci started their conversation looking over the last year and the year to come. For the biggest story of 2022, Lydon said, “the return of active management.” ETFs have been built on passive indexes, but FAANG stocks have been challenged lately. “Active management did the best it’s done in fifty years,” Lydon noted. Many of the best active managers in the business are coming into the ETF space as well. “We’re seeing more advisors adapt active strategies along with their passive strategies in portfolio construction."

Looking to 2023, Lydon said “all of a sudden, China is rebounding.” He attributed this to COVID protocols being relaxed and the Chinese government supporting real estate. “Stocks across the board have rebounded tremendously,” he said. ETFs such as the KraneShares CSI China Internet ETF (KWEB B) are showing a lot of life lately, making for some incredible valuations. Despite being down over 80% on the year, KWEB is up 50% from its lows. De-listing risk had been seen as fairly high for many Chinese companies, but those risks have diminished a bit. “Don’t overlook China, there’s some great values there,” Lydon said.

Pivoting into the perks of being a trend follower, trends have the ability to subtract the emotional element of investing. It is a disciplined approach that prioritizes riding trends up and sidestepping drawdowns, deftly putting process over feeling. Lydon offered a surprising statistic: over 40% of advisors implement some form of trend following, according to VettaFi surveys. “You can put a 200-day moving average on anything — on stocks, on mutual funds, on ETFs. If you are a trend follower and you are following a discipline, you buy when it goes above a 200-day average and sell when it goes below.”

Emotional responses can lead to undue confidence when something is performing well, potentially resulting in overweighting, and less confidence when it is performing poorly, leading to underweighting or even selling. Trend following offers a disciplined approach. “It allows you participate on the upside,” Lydon said, “and maybe you don’t get it all, but being able to avoid those long-term trends like we’ve seen in the last couple of years, it just allows your clients to sleep a little better.”

Conceding that whipsaws can be a challenge in a bull market, Lydon noted the moving average can “tease” in those kinds of situations. “Those whipsaws can eat away at performance,” Lydon said, indicating that it would have been tough to beat someone who brought the S&P following the financial crisis and just stuck with it. However, the recent years have shown the value of trend setting, as do many of the market’s more troubled eras. “Being able to sidestep the major part of that decline? Its life changing.”

Geraci and Lydon took a moment to cover Lydon’s history with trend following, including his authorship of several books on the subject. “I think everyone can learn from trend following, and that tends to come to the forefront after we’ve had a bear market,” Lydon said. Given the wide-ranging variety of unique investment spaces, a trend is useful because it can fit anywhere.

Moving on to trends of the moment, Lydon noted that the S&P recently topped its 200-day moving average. “It’s a great time, today, as we’re wrapping up 2022, to look at your portfolio and identify areas that may have shown strength. Put a 200-day moving average on it and if you’ve got some money that’s on the sidelines and — in your gut though you may not be feeling great — institute a simple trend following model and see what happens.”

Lydon and Geraci pointed to Pacer as an interesting company to look at, given their trend following strategies.

Many investors have broad allocations and “unintended” factor exposure. Hum said, “the biggest risk in a portfolio is the risk you don’t know you’re taking.” His team has analyzed more than ten thousand portfolios and he noted two things: an overexposure to growth and to smaller cap companies. “I think people don’t realize that the benchmarks don’t hold that much small caps in their portfolios and we tend to see an overweight there.” This leads to a more volatile portfolio.

Varsani said, “we believe every investor is a factor investor.” He sees unintended factors as showing up in several ways — whether through style, region, or factor such as value or growth. “Over the last couple of years stocks exposed to high risk have seen contracted returns, whereas value stocks have a tailwind.” Between 2010 and 2020, value underperformed, but it’s come back in a big way in recent years.

Tackling whether factor investing is a long-term play or more of a tactical one, Hum joked that it was both, before saying it is ultimately about the long term. “Its really about staying invested,” he said. He used an example of putting $100,000 in the MSCI World index twenty years ago. If you left it alone you would be at $350,000 today, but if you missed the five best trading days you’d be at $250,000. “That same logic applies to factors,” Hum noted. Missing the best day in factors means missing the premium.

Listen to the entire episode of ETF Prime with Tom Lydon: