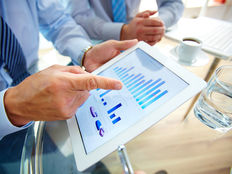 The Evergrande crisis in China could spark a move into safer haven U.S. debt after another Chinese developer recently missed its bond payment.

This could spur a marked shift from global investors looking at bond opportunities in China following its recovery from the pandemic. Now, the Evergrande crisis and similar scenarios could cause global investors to think twice and head into the safer confines of U.S. bonds.

According to a recent CNBC article, “On the heels of Evergrande’s debt crisis, there are increasing signs of stress in China’s property market after one developer failed to make a bond payment on Tuesday. Ratings agencies have downgraded Chinese developers Fantasia Holdings and Sinic Holdings over risks from their strained cash flow situations.”

“Fantasia did not repay the principal amount of $206 million of a bond that matured on Monday, it said in a filing to the Hong Kong exchange,” the article added.

The Fantasia situation brewing pales in comparison to the Evergrande crisis. Evergrande is calculated to have over $300 billion in liabilities, making Fantasia’s liability situation look more like a ripple versus Evergrande’s tidal wave.

“We believe the existence of these bonds means that the company’s liquidity situation could be tighter than we previously expected. The late payment also raises doubts about the company’s ability to repay its maturities on a timely basis,” said credit rating agency Fitch.

“Furthermore, this incident casts doubt on the transparency of the company’s financial disclosures,” Fitch added.

China was an ideal place to look given the low yields in U.S. government debt. With the Evergrande crisis, however, global investors could be spooked into heading back into U.S. debt.

Bond investors looking for an aggregate U.S. bond solution can start with the Vanguard Total Bond Market Index Fund ETF Shares (BND A). BND seeks the performance of the Bloomberg U.S. Aggregate Float Adjusted Index, which represents a wide spectrum of public, investment-grade, taxable, fixed income securities in the United States, including government, corporate, and international dollar-denominated bonds, as well as mortgage-backed and asset-backed securities, all with maturities of more than one year.