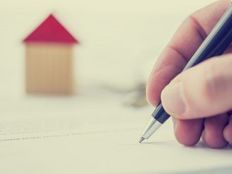 Shelter Seeking Is Moving More Investors Back to Bonds

Recession fears are pushing investors back into the safe confines of bonds again. The U.S. Federal Reserve doesn’t look to be relenting anytime soon when it comes to raising rates.

The latest minutes after the Fed hiked rates by 75 basis points show a continued tightening in order to tamp down inflation.

“In discussing potential policy actions at upcoming meetings, participants continued to anticipate that ongoing increases in the target range for the federal funds rate would be appropriate to achieve the Committee’s objectives,” the minutes said. “In particular, participants judged that an increase of 50 or 75 basis points would likely be appropriate at the next meeting.”

Meanwhile, investors are responding by heading back into safe havens like bonds. Bonds have been following stocks for the first half of 2022 due to inflation fears, but now it looks like both assets are starting to naturally diverge again.

“Investors sought shelter in cash and U.S. Treasuries and dumped gold and equities as markets braced for a bumpy ride as central banks raise rates aggressively in the face of slowing economic growth, BoFA Securities said in a weekly note on Friday,” a Reuters report said.

With a vast array of bonds to choose from in the debt market universe, it can be as simple as getting a diversified bond portfolio in one exchange traded fund (ETF). That’s exactly what the Vanguard Total Bond Market Index Fund ETF Shares (BND A) can accomplish.

BND seeks the performance of the Bloomberg U.S. Aggregate Float Adjusted Index, which represents a wide spectrum of public, investment-grade, taxable, fixed income securities in the United States, including government, corporate, and international dollar-denominated bonds, as well as mortgage-backed and asset-backed securities, all with maturities of more than one year.