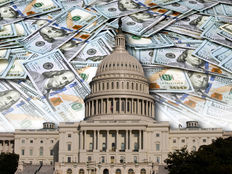 Municipal bonds can provide investors with low credit risk, yield, and tax-free income, but will a social spending bill quash their appeal in the debt markets?

According to a MarketWatch report, “Provisions that would have benefited the state and local governments that issue municipal bonds have been axed from the $1.75-trillion social spending bill now being debated by Congress, a step some public finance experts say won’t help communities struggling to recover from the COVID pandemic, but one that’s unlikely to move the needle on an already overheated muni bond market.”

An influx of bond investors piled into municipal debt, especially during the height of the pandemic where a safe haven scramble saw heightened muni interest. As mentioned, munis also provide tax-free income, shielding investors from Uncle Sam, but could that benefit be banished?

President Joe Biden’s “Build Back Better” program removed types of debt re-financings and direct-pay bond programs. Furthermore, a 15% minimum corporate tax could also apply to tax-exempt bonds, which could sour their appeal — but will they?

“Munis are going to muni no matter what’s going on,” said Eric Kazatsky, head of municipal strategy for Bloomberg Intelligence. “There’s still going to be a minimum amount of spending for good repair, to keep the lights on, for states and locals. The muni-friendly provisions in the bill would have been an accelerant thrown onto that.”

Kazatsky’s view comes as municipal bond inflows have been in high demand this year with weekly records reached, according to the MarketWatch article.

“It ‘s hard to get too worried about anything for this sector right now,” said Matt Fabian, a partner with Municipal Market Analytics.

A Muni Bond Option From Vanguard

Investors looking to get municipal debt exposure can do so in an ETF wrapper from Vanguard using the Vanguard Tax-Exempt Bond ETF (VTEB A+). With a 0.06% expense ratio, the fund offers low-cost exposure to municipal debt.