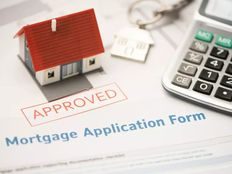 In the latest minutes from its March meeting, the U.S. Federal Reserve gave the capital markets a sneak peek of how it’s going to lighten its balance sheet, particularly when it comes to mortgage-backed securities (MBS).

The Fed is fresh off instituting a rate hike of 25 basis points. It’s still difficult to say how this will affect the housing market, but one early indicator is the dropping rate of refinancing transactions.

“Rising rates have been kryptonite for refinance volumes, particularly since so many people took advantage of historically low rates over the past couple years,” a Wall Street Journal report says. “But home-purchase volume has held up relatively well. Though refinance-application volume is more than 60% below where it was a year ago as of the Mortgage Bankers Association’s most recent weekly survey, purchase applications are only 9% below their year-earlier level.”

The Fed’s offloading of MBS could spell an opportunity for investors to pick up these assets that can provide a source of income during a potential market slowdown. For mortgages tied to variable rates, cash flows can increase as rates increase, giving them an inflation hedge component.

“In theory, mortgage bonds are relatively attractive right now,” the WSJ report says. “One closely watched measure of the relative demand for mortgage bonds is the spread between current-coupon 30-year mortgage-backed securities and 10-year U.S. Treasury yields. That spread has gotten wider since the start of this year, indicating waning mortgage-bond demand, after being extremely tight during the pandemic.”

As such, investors may want to consider getting diversified exposure through an exchange traded fund (ETF). One such fund is the Vanguard Mortgage-Backed Securities Index Fund ETF Shares (VMBS A+).