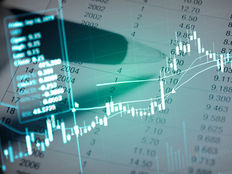 Getting higher yield can certainly come at a cost, especially given the prospects of higher tax rates, which is where exposure to tax-free municipal bonds can help.

Municipal bond exposure heightened this year with the introduction of the trillion-dollar infrastructure bill that’s currently pending approval in the House of Representatives. Now the expectation is that the bill will pass, which should boost municipal bonds with additional infrastructure spending debt.

The infrastructure bill will include $110 billion allocated towards building new roads and bridges. Additionally, $39 billion will go to updating the public transportation system.

All this translates to more bond issuance by local governments, which means that fixed income investors will have their fair share of options to choose from in a vast muni debt market.

“We hope to see municipalities leverage the infrastructure bill — they will probably have to issue more bonds to match some of the funding from the federal level,” said municipal bond underwriting expert Suzanne Shank, who is also chairwoman, CEO, and a co-founder of Siebert Cisneros Shank & Co., LLC.

“So we think overall, it will be very positive to supply and obviously make our municipalities stronger going forward,” Shank added.

One place to get tax-free municipal bond exposure is via an ETF wrapper with funds like the Vanguard Tax-Exempt Bond ETF (VTEB A-). With a 0.06% expense ratio, the fund offers low-cost exposure to municipal debt.

“Vanguard provides us with some very critical factors when evaluating a bond fund. With over 6000 bonds, individual bond risk is basically non-existent. This is also reflected in that the Top 50 holdings are only 13% of the ETF,” a Seeking Alpha article by Retired Investor noted.