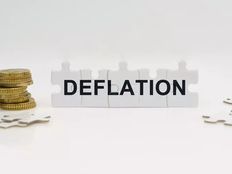 Getting longer duration may appeal to yield seekers, but the prospect of rising interest rates may be off-putting given the rate risk. The U.S. Federal Reserve was expected to start raising rates this year, but it could be less hawkish.

If inflation starts to hamper economic growth, that could potentially give the Fed pause when it comes to tightening monetary policy. This could make the case for longer-duration Treasury bonds should growth stagnate.

“There is a case for a deflationary outcome,” said Capital CEO Jeff Gundlach, also known as the “Bond King.” “You would want to own what looks like about the most unattractive thing out there, which is the 30-year US Treasury bond.”

“It sounds ridiculous that we would be advocating for something yielding just over 2%, against a 7.5% Consumer Price Index reading that doesn’t look like it’s going to relax meaningfully anytime soon,” Gundlach added. “But that is the one thing — that and cash, frankly — that can protect you from a deflationary scenario. So as weird as it sounds, I actually like cash in the bond market.”

Getting Long Exposure for Safety and Yield

Getting safe haven exposure to U.S. government debt could be a prime option given the market uncertainty and the volatility in the stock market indexes. In the current market environment, fixed income investors will also want added yield.

Investors looking for the safe confines of U.S. Treasury notes but who want more yield can step further out onto the yield curve and get longer-duration exposure. One option from Vanguard to consider is the Vanguard Long-Term Treasury Index Fund ETF Shares (VGLT A).

The fund seeks to track the performance of a market-weighted Treasury index with a long-term dollar-weighted average maturity. The fund employs an indexing investment approach designed to track the performance of the Bloomberg U.S. Long Treasury Bond Index, which includes fixed income securities issued by the U.S. Treasury (not including inflation-protected bonds) with maturities greater than 10 years.

The fund comes with a 30-day SEC yield of 2.29% as of March 3. Additionally, VGLT features a low expense ratio of just four basis points.