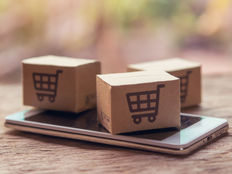 Why This Retail ETF Is Worth Shopping With

Among exchange traded funds with leverage to e-commerce and new consumer trends, the Goldman Sachs Future Consumer Equity ETF (GBUY) is one of the newest ideas to consider.

GBUY is also a prime example of an ETF where investors shouldn’t get wrapped up in age or, in this case, lack thereof. The reason for that sentiment is simple. GBUY’s holdings, which include an array of established, widely held companies, will chart the fund’s course. Moreover, there’s enthusiasm on Wall Street for some GBUY holdings as the calendar turns to 2022.

“We remain selectively constructive on a mixture of names that are exposed to re-opening themes in 2022 and/or that present the opportunity for mean reversion after periods of 2021 stock underperformance,” writes Goldman internet analyst Eric Sheridan in a recent note to clients.

Like other Goldman Sachs ETFs, GBUY is issued by Goldman Sachs Asset Management (GSAM) — a separate unit from the bank’s research division.

The bank recently released its top equity ideas list for 2022, and it includes some GBUY member firms.

Not only is Amazon (NASDAQ:AMZN) the largest domestic e-commerce company, it’s the largest component in GBUY at a weight of 6.8%.

On the pricing power and brand recognition front, Goldman likes Nike (NYSE:NKE), highlighting the athletic apparel giant as among the companies that “have strong pricing power and peaking cost pressure over those with potentially structural headwinds (e.g., labor) and weaker pricing power,” analyst Jason English said.

Nike, a member of the Dow Jones Industrial Average, is GBUY’s seventh-largest holding at a weight of 3.1%.

The actively managed GBUY holds 43 stocks and allocates 59.5% of its weight to the communication services and consumer discretionary sectors, making it an ideal way for investors to access emerging consumer trends.