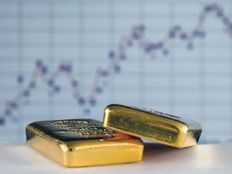 As Market Tumbles in First Half, Gold Holds

In a new Sprott Insight from Paul Wong, CFA and market strategist, Wong looks at gold’s performance in June and how it fared in the single worst first half year in decades.

Wong sees gold’s performance in these bleak times as promising. “Gold continues to perform as a safe haven store of value… We believe there is a possible major re-allocation event towards safe haven, capital preservation assets in the second half of 2022.” Indeed, many other asset classes fell hard in June, but bullion held firm even as the markets took a drubbing.

The Federal Reserve’s aggressive stance created enormous downside pressure on the yellow metal, but gold’s reputation as a safe haven asset and currency risk buffer combined with relatively positive inflows to keep gold flat. Wong sees clear signs of recession in the future, which could ameliorate the yield factor’s downside pressure on gold.

“As measured by the S&P 500 Index, equities have recorded the worst first-half start to a year since 1970. The U.S. Treasury Index has also registered its worst first six months since 1973 (based on available data). Speculative assets have fared far worse this year, with 60% to 70% drawdowns being common. By contrast, gold has remained relatively flat year-to-date, down 1.20%,” Wong noted.

With May’s CPI report showing an economy with no sign of cooling down, the Fed hiked interest rates 75 basis points in the June 14-15 FOMC meeting and is planning future rate hikes.

Wong is skeptical that the Fed will be able to address the primary causes of inflation. Supply chain woes continue to dog the global economy, and the Fed cannot do anything about that. On the demand side, the Fed has some power — though food and energy are near price inelastic. Food price shocks will continue to tip the scales toward inflation, meaning Fed policy will likely push the economy further toward recession.

Wong also sees too many headwinds for corporate earnings to hold up. With transportation costs, labor shortages, and currency headwinds concocting a toxic cocktail that will dampen margins and growth indicators.

Global Recession Could Be Nigh

The global economy is particularly vulnerable, and the chances for a synchronized global recession are greater than ever. If there are no growth regions around to offset weakness, nobody will be able to lean on exports to save the day. According to Wong, “developed central banks will likely aggressively hike rates to bring down the highest inflation readings in decades.”

This could lead to a huge reallocation toward safe haven assets such as gold in the second half of 2022.