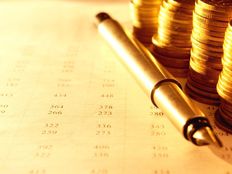 Mining stocks, despite having their financial houses in order and being poised for success, appear to have stalled in 2021. Coyne notes that “A lot of it goes back to the narrative that you see in the market. The Fed has been talking about tapering for the better part of the year. The Fed has been talking about potentially raising rates some time in the next year or two. And there’s this old saying in traditional stocks where you buy the rumor, sell the news. And precious metals, it’s really the opposite. You sell the rumor, the rumor being they’re going to raise rates, the rumor being that they’re going to start tapering.”

The narrative around precious metals has caused the market to step away from precious metals, but Coyne observes that risk-off assets across the board have seen tepid conditions. With the market soaring up 20% this year and bouncing back from volatility, the need for risk-off assets has been greatly diminished. Speaking to these conditions, Coyne observes, “People say, why hasn’t gold done better, or why hasn’t silver done better? I would flip that around and say, why haven’t they done worse? I say that because with gold priced around $1,750 to $1,850 an ounce and silver at around $22-$24 an ounce, I would say that if S&P 500 was up over 20%, I would expect precious metals to be doing much worse than they are. We think that’s a huge bullish sign long term.” Coyne also goes on to note that although the asset class has been softened in the short term, the mid- to long-term prognosis for gold looks very good.

Coyne notes that equities follow in the footsteps of physical assets. If gold was selling off, then the margins of the equity companies would shrink. With all-in sustaining costs for mining companies around $900 to $1100 an ounce, a gold price in its current range makes these firms wildly profitable right now, even if they are going under the radar thanks to the rise of cryptocurrency.

Discussing the quality of mining companies right now, Coyne says, “These numbers are staggering to me when you think about the quality of these companies today. If you look at enterprise value (EV) to EBITDA, it’s more attractive. You think about free cash flow, for the miners it is two times the S&P 50; return on capital is even higher. Net debt to EBITDA is lower. The miners are generally lower leveraged companies and the profit margins are stronger. These mining equities represent the ultimate value trade right now.”

Coyne also sees inflation as being around for a long time, noting that the Fed has dropped the word “transitory.” He sees that some things may become wildly more expensive over time, especially with a move to carbon-neutral footprints driving up the price of hard assets. To Coyne, precious metals are the long-term beneficiaries of ongoing inflation, which helps alternative currencies like gold that historically outperform inflation.

He notes that alternatives in general — not purely precious metals, but also real estate and other assets — are becoming mandatory parts of any healthy portfolio, saying that “The old set it and forget it approach to 60/40 stock-bond portfolio just isn’t getting it done.” He notes that complementing bonds with gold can go a long way to protecting a portfolio.

Coyne also discusses the health of other precious metals, such as copper and Sprott’s newest venture: uranium, which he sees as playing a huge role in a carbon-neutral future. He also sees value in battery-related metals such as cobalt. “You can’t walk down a street in New York City or drive on any major highway anymore without seeing an electric car. So we think the battery metals market is very interesting.” He anticipates Sprott being more involved in that market down the road.