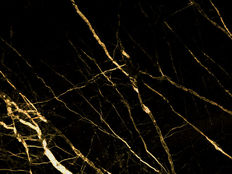 A hawkish stance from the Fed has had gold in decline since Wednesday.

“Powell’s hawkish comments practically guaranteeing a March rate hike, emphasizing the economy’s strength and noting that the Fed’s balance sheet was overlarge and needs to be wound down, has triggered a bond selloff and higher USD which has pressured gold to recent lows,” said New York-based independent precious metals trader Tai Wong to CNBC.

Officials seem inclined to raise rates at the March 15–16 meeting, triggering a jump in yields and the dollar and sending spot gold down 1.6% on Wednesday to $1,818.66 per ounce. According to Wong, “While physical and ETF demand has remained strong, Powell’s hawkish comments seem likely to have put a cap on gold around $1,850 in the short term.” There were also hints that further hikes could be possible as well, with some suggesting that five hikes could be in the future.

On Thursday, gold continued to plunge, approaching the $1,800 mark. Despite further short-term obstacles, the long-term case for gold remains solid. Inflation is no longer considered transitory, and gold often shines in the second half of inflationary periods. Rival inflation hedge bitcoin has also fared much worse than gold, briefly dipping below $33,000.

Additionally, demand for commercial gold is up. Sprott managing director & senior portfolio manager John Hathway said in the Sprott Gold Report that “We believe that a diminution, or positive turn, in gold-backed ETF liquidations combined with strong Asian demand would overpower the predisposition of macro traders to short the metal on every threat by the Federal Reserve (‘Fed’) to jack up interest rates. This combination also means that a potential new high in the gold price (surpassing its August 2020 high of $2,064) would come as no surprise.”