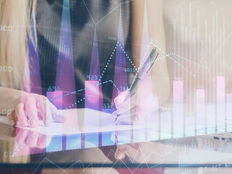 Gold Pulls Back After Surge

Analysts think that weaker sanctions from Europe might be behind the pullback. “Some of the extreme political tension is off. We know Putin has invaded Ukraine in a much broader sense than we thought. And prior to that, the belief was that the response would be robust, which could very well include removing Russia from the SWIFT payment system. That didn’t happen,” TD Securities head of global strategy Bart Melek told Kitco News. “The sanctions, certainly judging by the markets’ response, were not as strong and restrictive as they could have been.”

Oil supply stress and a lack of energy market reaction to sanctions also contributed to the pullback. Gold’s initial reactions to geopolitical tension are often volatile. Gainesville Coins precious metals expert Everett Millman told Kitco News that “the focus of the gold market has shifted away from inflation and Fed policy to geopolitics and crisis in Ukraine. I’m expecting a lot more volatility until there is some resolution or diplomatic solution.”

Gold’s price may seem swingy right now, but ultimately the yellow metal thrives as a safe haven asset and store of value in complicated times. Market attention might be on the war, but inflation is still an issue.

A 50-basis-point rate hike probably would have been considered 80% before, but it is now just at 24.8%, according to Melek. “The view here is that central banks may stay accommodative for longer than previously thought,” Melek said. “This idea will support gold. Central banks don’t want to remove liquidity when volatility is already elevated. They want to hit inflation hard, but they don’t want to collapse the economy either.”