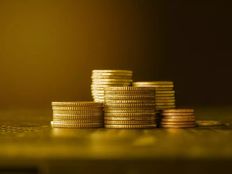 Gold Steady as Market Wobbles in May

In the latest Sprott Insights, market strategist Paul Wong explored what happened in the world of precious metals in May.

Gold declined 3.14% to close out the month at $1,837.35. Like April, May saw an across-the-board reduction in exposure to most asset classes. The Fed maintained a hawkish stance, impacting liquidity and growth. The Russia-Ukraine war continued to impact energy prices, with Brent oil closing the month out at $122.84 per barrel. This is just 4% shy of its February high of $127.98.

Wong noted that the S&P came very close to seeing a 20% drawdown in May, the defining point for a bear market, as supply chain woes and inflation pressures continued to pummel the markets. What could be read as a dismal month for gold in a vacuum, however, revealed that the yellow metal is doing its job. Year-to-date, gold has a 0.38% positive return while the S&P 500 index is 13.30% in the red and the Nasdaq-100 is down 22.54%.

“Another event that is likely to reduce market depth further is QT (quantitative tightening), which is scheduled to start on June 1 at $47.5 billion per month ($30 billion in Treasuries, $17.5 billion in mortgage backed securities) for the first three months,” Wong noted in his report, going on to say that, “By September, QT is slated to rise to $95 billion per month. If the function of QE (quantitative easing) was to ‘lower borrowing costs, boost spending, support economic growth, and ultimately increase inflation,’ then QT is likely to have the opposite effect. We believe an underappreciated risk is QT’s effect on worsening market depth, increasing volatility, market dysfunction, and fragility, which are likely to support gold."

Wong described the Fed as blatantly attempting to pursue demand destruction, noting that though a recession remains uncertain, a “profit recession” has increased changes and has not yet been priced into the market.

Have We Hit Peak Inflation Yet?

Investors are scrambling for signs that inflation has peaked, which would allow risk assets to regain their footing. Wong said, “Challenging this quest for signs of peak inflation are surging energy and food prices and tight labor and housing markets. Energy supplies and inventories are far too low, and with further sanctions placed on Russian energy, they are likely to deteriorate further. The Russia-Ukraine war is threatening wheat supplies and fertilizer exports.”

Food and energy are growing more entwined than over, with many countries restricting exports. Housing might be seeing some easing of pressure, but home prices remain high.

It is hard to imagine that, at one point, crypto was seen as a safe haven asset competing with gold. According to Wong, “Once again, the recent behavior of gold versus cryptocurrencies strengthens the case that these assets fulfill contrary functions: safe haven store of value versus speculative trading vehicle.”

Crypto hit $3 trillion in market capitalization before plummeting to $1.31 trillion. Wong did not see crypto as having demonstrated any ability to be a store of value, diversification asset, or hedge in the way that gold is, noting that bitcoin has had three major drawdown events since 2011. “Perhaps one day, Bitcoin and other cryptocurrencies will prove their ardent proponents correct, but this current cycle is still demonstrating the highly speculative nature of all things crypto.”