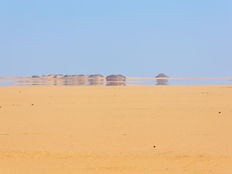 Gold’s Performance in June Was a Mirage

June’s 7.17% drop in the gold price, and the 12.64% decline in mining stocks, was an algo-driven event triggered by the hawkish tilt in the June Federal Open Market Committee meeting, says Sprott Managing Director John Hathaway.

Gold and gold mining stock valuations remain highly attractive, and the fundamentals of the inflation threat have not changed, despite the rhetoric to the contrary.

Despite the posturing from the Fed, physical investment in gold has continued apace. Though futures and derivatives were dumped en masse, investors purchased $630 million worth of shares in the SPDR Gold Trust ETF (GLD), its largest intake since January.

Is the Market Overheated?

Hathaway points out that the Buffet indicator, or the ratio of total stock market capitalization to GDP, is 45% higher than it was at its peak in 2000, and 90% higher than its 2007 peak.

Hathaway concludes that the gold sell-off was based on fake fundamentals.

“In belatedly admitting the obvious, the Fed knocked investment strategies positioned for inflationary outcomes for a loop,” he wrote. “The implied threat that the Fed would act aggressively to curb inflation sooner rather than later was the entire gist of the change in messaging from previous FOMC statements.”

An Economic Slowdown on the Horizon

Hathaway points out that there are a number of indicators pointing at an economic slowdown on the horizon.

Aggregate work hours are barely up from last month. Auto sales are down 10.2% (after an 8.2% drop in May). Retail remains slow, and personal income has declined. Home sales are down, as are bond yields. Food and energy prices, meanwhile, continue to rise.

Hathaway points to the 1970s as another era where high inflation and unemployed coupled together to form a bleak economic scenario. Gold and gold mining stocks were top performers in that decade.

Finally, Hathaway points to rising U.S. debt as a potential drain on the economy. “Over indebtedness acts as a drag on economic growth for three reasons: (1) ever greater requirements for debt service siphon off resources that could be invested in productive assets that could generate growth; (2) minuscule increases in interest rates threaten defaults to heavily leveraged entities, and therefore the yield curve can never be normalized absent a financial crisis; (3) it brings forward consumption into the present will not repeat in the future. For this reason, we think it is correct to project anemic GDP growth as far as the eye can see.”

Sprott has one closed-end gold fund, the Sprott Physical Gold Trust (PHYS), which allows investors to access physical gold. Unlike many bullion-backed funds, the fund’s shares are fully redeemable for the underlying metal.