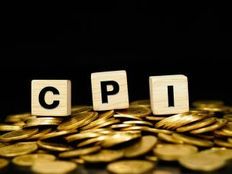 A hotter-than-expected CPI report created volatility on the precious metal front as investors worried that the 9.1% CPI would increase the likelihood of the Fed ramping up rate increases.

Going into today, gold prices hit an 11-month low as gold and other precious metals contended with rising bond yields, a strong U.S. dollar index, and collapsing crude oil prices. Recession fears are in the air, which hurts consumer and commercial demand for metals.

“While in theory gold prices should benefit from higher inflation numbers, the reality is that these higher inflation figures suggest that the Fed is likely to become even more aggressive in rasing [sic] rates to quell strong inflation. This is resulting in a stronger U.S. dollar versus other major currencies as well as placing a lid on future inflation expectations,” said commodity analysts at CPM Group.

SIA Wealth Management chief market strategist Colin Ciesznski noted there has been a broad-based drop in commodities, with copper hitting multi-year lows. “The underlying inflation pressure from commodity prices has started to ease,” he said. “people are expecting a, a demand to come down as a global recession hits. That is why commodities are coming down.”

Ciesznski also noted that despite the headwinds in the commodities market, gold has shown some strength compared to other assets. "Overall, gold has held up well when we compare it with what other currencies have done.”

There’s still plenty of room for optimism among gold bulls. Gold and silver historically outperform in the summer months, beating the S&P by 1.9% and 4% respectively over the last 25 years. Bullion also outperforms by a whopping 50% on average in a two-year period that covers 12 months before and after a recession.