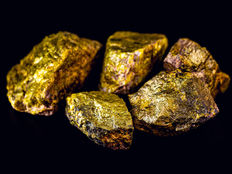 In Spite of a Rough September, Uranium Poised for Power

September was a month of widespread drawdowns, and uranium was no exception, with spot prices falling 8.66%. This is the largest monthly decline uranium has seen since March 2019. Uranium miners also took a hit to the tune of 16.17%, the worst performance since the creation of the North Shore Global Uranium Mining Index in June of 2017, according to White. The S&P 500 fell 9.21% in September and broad commodity markets had their toughest month since March 2020.

Looking at the Long View

According to White, looking at the broader context of the markets creates a much rosier picture for uranium. He wrote, “during the third quarter of 2022, the Northshore Global Uranium Mining Index managed to buck the general market downtrend with a 14.67% increase, which compares to the 4.88% drop in the S&P 500 Index. It is also worth noting that the fundamentals of the uranium market continue to strengthen, spurred by growing acceptance among global governments that nuclear power supports the world’s energy transition from dependence on fossil fuels and helps ensure higher energy security.”

Indeed, looking at uranium’s performance compared to other asset classes since early 2020 illuminates quite a bit.

As Russia continues to invade Ukraine, questions abound about how Europe will meet its energy needs. Sentiment appears to be rising for nuclear power, given its incredible energy output and its abilities as a low-emission energy source. White noted, “French President Emmanuel Macron confirmed that he intends to expand nuclear power with six to eight new power plants planned. Germany announced — while stressing that it would not reverse its phase-out decision — that it would extend the life of two of the remaining three reactors to create an “energy reserve.” White also observed that uranium supply is uncertain, making it likely that increased demand will drive uranium prices higher.

With the energy crisis expected to continue to peak come winter, the uranium market is worth keeping an eye on, even as the broader economic environment brims with uncertainty.