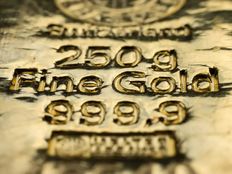 As the markets writ large stumbled in March, precious metals rebounded. The latest from Sprott’s Paul Wong, CFA, market strategist, digs deep on the month of March for metals.

The big story in March was, of course, Russia’s invasion of Ukraine, which combined with hawkish Fed expectations to send markets reeling. While gold hit its peak price on March 8th, so too did volatility as extreme swings in commodity prices rippled through the markets. Wong sees the surge in commodity prices as putting “the stagflation narrative into overdrive, weighing on bond and equity prices.”

Investors Give Gold a Gander

Gold is getting attention from investors at a level close to its 2020 peak. Wong notes that fear of central bank rate hikes peaked in Q1 2021, and that overall positioning had begun to recover prior to Russia’s invasion of Ukraine. Additionally, Wong notes that the 2018 drawdown was an extreme overshoot, and gold’s late 2019 recovery saw investment demand soar prior to COVID’s impact on the market. Wong notes, “Today, we see a similar situation developing, which we cover in the sections below. Short-term, safe haven flows have taken gold positioning back to its highs. While we continue to see these haven flows holding, other positive drivers are also now coming into play.”

Gold mining equities, meanwhile, have had a strong first quarter, and Wong sees plenty of reason to anticipate a breakout in a technical analysis, noting a descending wedge consolidation pattern, which typically resolves with a sharp rise. Wong sees equities as still undervalued, despite the performance of the past quarter.

Recessions tend follow every U.S. 2s/10s Treasury yield curve inversion. Wong notes that, “Of late, the Fed has been messaging a broader definition of what constitutes a soft landing in order to temper expectations. Aside from 1994, the track record of the Fed achieving a soft landing has not been good. Currently, the various yield curves are all in the process of inverting.”

Wong sees a recession as “near inevitable” with inflation running hot, commodity price spikes driven by the Russia-Ukraine war, and wage growth lagging behind CPI. As safe haven assets, both gold and silver could see additional demand as a recession kicks in.

Deglobalization and What It Means for Gold

When the Cold War drew to a close in 1991, cross-border movements of goods and services became more common. Widespread trade increased economic growth and helped prevent inflationary conditions. Even prior to COVID, Wong observes that the pendulum had begun to swing away from globalization towards deglobalization, with the world economy morphing into different blocs, each bloc hoping to insulate itself from negative influence of the others. The Russian invasion of Ukraine has accelerated this trend of deglobalization, which will result in more money being spent on defense and more inflationary outcomes.

Wong says, “several long-term structural shifts have been put into motion that will likely have significant positive long-term implications for gold’s role in well-diversified multi-asset portfolios. The inflationary effects of deglobalization (onshoring, more economic self-sufficiency, etc.) are meeting head-on with commodity scarcity, volatility and fears of security of supply. Adding to this mix is are concerns over the USD reserve system and the safety and validity of FX reserves. While many of these items may take years to play out entirely, changes are coming, impacting all asset class pricing.”