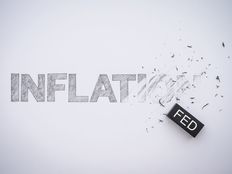 No Quick Fixes for Inflation

In the latest Sprott Gold Report, managing director and senior portfolio manager John Hathaway tackles inflation and the underperformance of gold in what appears to be ideal conditions for the yellow metal.

Gold is down 6.52% on the year, with gold equities seeing a 19.73% drop. The S&P 500 has watched 19.81% of its value crumble in the same time period. With problematic inflation, recession omens, and excessive debt in the private and public sectors, gold should be thriving instead of treading water.

“Dispirited gold investors appear to have abandoned all hope based on rock bottom sentiment indicators. Our view is that the game is far from over. To use a baseball analogy, the game is still in the early innings,” Hathway said, noting that inflation is likely to remain high and that the coming recession is still in its earliest stages. Widening credit spreads have yet to be truly felt, and Hathaway sees the current bear market as just barely getting started. With investors stuck in a “buy the dip” mentality, many aren’t factoring in what could be years of disappointing results.

Hathaway observed that, “It is worth noting that inflation is now at levels not seen in 40 years. Driven in large part by higher energy prices, June CPI figures were 9% percent higher than a year ago, according to the Bureau of Labor Statistics. Inflation was last above 9% in November 1981.”

Hathaway believes that Fed Chair Jerome Powell does not fully grasp the driving causes of inflation, and that there is a danger that the Fed will stay “uber-hawkish” for too long. At the ECB Forum on Central Banking in Portugal last month, Powell said, “Is there a risk that we would go too far? Certainly, there’s a risk, but I wouldn’t agree that’s the biggest risk to the economy.” By pinning supply shocks as the primary driver, Hathaway believes that Powell isn’t recognizing the Fed’s contribution to the inflation problem through its decade-long policy of interest rate suppression through quantitative easing. He thinks that removing excess liquidity from the system could take years and will require strict austerity.

“Unwinding the residue of systemic risk from QE and manipulated interest rates will be no small task. Yet the restoration of price stability would require a substantial liquidation of 10 years of misallocated capital and associated imprudent leverage fostered by these policies. Falling short of this goal would equal papering over past mistakes and constitute a booster shot in the arm for inflation,” Hathaway noted, pointing to gold as a defense against this sort of systemic failure, adding, “If there is a return to business as usual, i.e., papering over policy mistakes, we believe that the gold price has the potential to rise to all-time highs in nominal terms.”