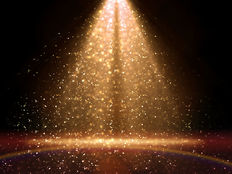 After hitting its highest mark since June 11th earlier this week, spot gold has retreated.

Building geopolitical tensions and volatile markets pushed gold to $1,879.48 early in the week, but news of Russia removing some troops from the border and a 3.8% rise in U.S. retail sales have dampened the brief surge.

“As a result of a light de-escalation in the Russian-Ukraine situation, we have seen a little pullback in safe-haven products such as gold,” said David Meger, director of metals trading at High Ridge Futures, to CNBC.

Gold’s retreat coincides with the halting of the market sell-off of the last few days.

Palladium dipped 4.6% to $2,252.68 per ounce after fears of supply disruption resulting from a potential conflict between Russia and Ukraine had sent it surging.

Still a Good Time for a Safe Haven

Despite assurances of demobilization, the situation between Russia and Ukraine remains fluid.

“We have heard the signs from Moscow about readiness to continue diplomatic efforts,” NATO Secretary-General Jens Stoltenberg said. “But so far, we have not seen any de-escalation on the ground. On the contrary, it appears that Russia continues its military buildup.” President Biden has also noted that despite the cautious optimism, invasion of Ukraine by Russia remains “distinctly possible.”

On Tuesday, Ukraine suffered its largest denial-of-service attack in its history. Even if the current crisis continues to abate, there is bound to be residual political instability for a long time to come.

Gold’s use as a safe haven asset and ability to hedge against both inflation and political instability make the yellow metal a potentially smart investment in these times. Investors can get exposure to physical gold through the Sprott Physical Gold Trust PHYS. Investors seeking to take advantage of the value in gold equities exposure can look at the Sprott Gold Miners ETF (SGDM B-) and the Sprott Junior Gold Miners ETF (SGDJ C+).