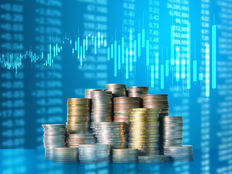 With the Russian invasion of Ukraine likely to last for a protracted amount of time, gold prices could surge.

Pierre Lassonde, chairman emeritus of Franco-Nevado and CEO of Firelight Investments, believes that gold could hit $2,200 to $2,400 in the medium term, but over the next five years could potentially reach as high as $10,000, should the Dow to gold ratio converge to 2:1 and the Dow Jones contract by 20%-30%.

Lassonde noted that Putin was hoping for a swift victory in Ukraine. With Germany now saying that it will provide Ukraine with military assistance and the initial tides of war going against Russia, the possibility for a longer-term war greatly increases. “The longer it lasts, the more profound the impact is going to be, particularly on the energy market. If this goes on for two, three weeks, a month, I think you’re looking at $200 oil,” Lassonde said.

Higher energy prices mean higher, more sustained inflation. Lassonde believes that the Fed doesn’t have a whole lot of room to maneuver. If it raises interest rates by more than 1.5%, he believes that it will tank the economy. “It doesn’t matter because the real rate of interest, which is what really matters to gold, is going to stay deeply negative for the next four years, which is exactly what happened in the 1970s.”

As a safe haven asset, gold has been trending upwards as the geopolitical tensions mount. Investors can get exposure to the yellow metal through the Sprott Physical Gold Trust PHYS. The Sprott Gold Miners ETF (SGDM B-) and the Sprott Junior Gold Miners ETF (SGDJ C+) may also be solid plays, as gold miners thrived during the stagflation of the ’70s and could do well in the current market environment.