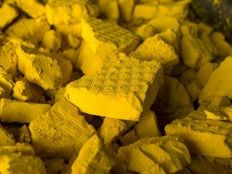 The Case for a Nuclear Bull Market is Still Strong

In the latest Sprott Uranium Report, Sprott Asset Management CEO John Ciampaglia took a look at how the Sprott Physical Uranium Trust (SPUT, TSX: U.U ($US); U.UN ($CA)) has helped modernize the physical uranium market in just over a year from its July 2021 inception.

Uranium had been bogged down in a nine-year bear market. Spot uranium was illiquid, and few investors had interest in the sector. As climate change worsened and governments rejected nuclear power as a safe, clean alternative to fossil fuels, low uranium prices created no incentive for utilities to accelerate purchases. According to Ciampaglia, “In these market conditions, uranium enrichers were able to underfeed their operations, which added approximately 20 million pounds of annual uranium secondary supply to fill the gap in primary uranium production. For a sector as important as nuclear energy, this was the equivalent of operating on borrowed time.”

As the largest and only publicly listed physical uranium fund in the marketplace, SPUT became a catalyst for the sector. As an accessible, transparent investment vehicle, SPUT was able to capitalize on the big change in sentiment regarding nuclear power. Ciampaglia wrote, “It has become increasingly clear that these energy transition targets cannot be met without a reliable, low or zero-carbon-based energy source. For all the benefits of renewable energy sources like wind and solar, they face one major drawback – intermittency. Wind does not continuously blow, nor does the sun always shine, which means that a consistent energy source is required to support renewables.”

Fukushima put nuclear power in a dim light, but an ongoing global energy crisis and the need for a zero-carbon fuel source with enough power and reliability to transition the world to renewable energy has changed sentiment toward nuclear power. The EU included nuclear in Sustainable Finance Taxonomy. South Korea’s government flipped its view on nuclear power, and even Japan is seeing growing public support for nuclear.

Russia’s invasion of Ukraine has also highlighted the importance of weaning the world off of fossil fuels. Germany is paying a price for shutting down the last of its nuclear plants in 2021 and earlier this year as the specter of energy shortages loom.

Ciampaglia sees nuclear energy as only getting started in a bull run, writing, “While we cannot predict the future, we believe the sector is finally emerging from its multi-year bear market. We continue to believe that nuclear is going to play a larger role in the global energy transition and that over time this will lead to a trend of potentially higher uranium prices. Despite the recent macro headwinds impacting most asset classes, we believe the uranium bull market remains intact.”