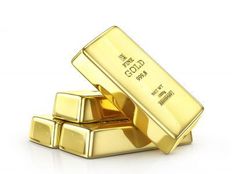 Despite headwinds and recent troubles, things are far from hopeless for gold investors, according to the World Gold Council.

With relatively flat price action in the first half of 2022, gold was one of the better performing assets. But aggressive central bank moves around the world, equity market volatility, and geopolitical chaos are all hitting the yellow metal with fierce headwinds, despite the type of inflationary environment it is made to thrive in.

Gold tested its long-term support at $1,730 an ounce earlier this week, as investors reacted to the Federal Reserve’s aggressive public stance and another possible 75 bps rate rise in the near future. The World Gold Council notes that there are still plenty of reasons to remain optimistic.

“While most market participants still expect significant policy rate increases, some analysts argue that central banks may not tighten monetary policy as much as expected. Their reasons include potential economic slowdowns that may result in contractions, but also in some cases a switch from supply constraints to supply surpluses in non-commodity consumer sectors,” WGC analysts said in a report. Also noting that "Gold has historically performed well amid high inflation. In years when inflation was higher than 3%, gold’s price increased 14% on average, and in periods where US CPI averaged over 5% on a y-o-y basis — currently at ~8%, gold has averaged nearly 25%.”

Despite higher real rates, market uncertainty leaves investors with very few options on the table to protect their capital. Government bonds, also a favored safe haven asset over the past few decades, have been significantly weakened by inflation.

It is also worth noting that gold has been stable despite several headwinds earlier this year. In their report, the analysts noted that “intense focus on the future pace of interest rate hikes and a stronger U.S. dollar were the primary headwinds for gold investment. Despite the gloomy economic outlook for Europe, with record inflation and rising sovereign borrowing costs, the European Central Bank indicated it will raise interest rates in July — the first hike in more than 11 years — which weighed on sentiment.”