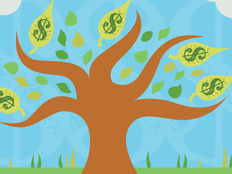 While Treasury yields have been plunging, midstream yields have been heading higher as broader energy and market concerns stemming from the coronavirus weigh on midstream equity values. As of Friday, the Alerian MLP Infrastructure Index (AMZI) and the Alerian Midstream Energy Select Index (AMEI) were yielding 10.5% and 7.5%, respectively. For investors looking for yield or who are already invested in midstream for its income, the sustainability of midstream payouts is likely in focus as yields that high can seem too good to be true. Having recapped 4Q19 MLP distributions last week and previously discussing 2020 dividend guidance in January, this week’s piece gauges the health of midstream distributions/dividends through the analysis of distribution coverage and payout ratios. Payout ratios are shown alongside distribution coverage to provide a more familiar metric for generalist investors. Today, we focus on full-year and 4Q19 distribution coverage trends for the AMZI and incorporate payout ratios for both the AMZI and the AMEI, which includes corporations, with the goal of providing some peace of mind around midstream yields.

Solid MLP distribution coverage provides comfort amid macro headwinds.
In recent days, the energy sector has not been spared as the spread of novel coronavirus has spooked broader markets and sent commodity prices tumbling on concerns about weaker demand. Year-to-date through February 28, WTI crude is down more than 25%, and broad market indexes have entered correction territory, decreasing almost 10% since their relative peak in mid-February. MLPs, represented by the AMZI Index, are down 21.1% on a price-return basis, while midstream, represented by the AMEI Index, has fallen 15.1%. This performance comes in the midst of a mixed to positive 4Q19 earnings season for most constituents, with larger names in the space generally reporting results ahead of expectations and providing solid forward guidance.

MLPs have made numerous improvements over the last few years that have led to healthier coverage ratios. An emphasis on sustainable distributions, retaining cash flow to fund growth capital spending, and eliminating incentive distribution rights (IDRs) has improved the financial flexibility of MLPs, which is especially beneficial given recent volatility. Furthermore, declining growth capex should support greater free cash flow generation after years of hefty spending to facilitate the boom in US energy production (read more). Reduced leverage has also improved financial flexibility. Despite high yields resulting from the market sell-off in February, increasing distribution coverage should help reassure investors regarding the quality and stability of MLP distributions. As of February 28, the AMZI Index was yielding 10.5%, 260 basis points above its three-year average of 7.9%. Overall, distribution coverage looks comfortable for AMZI constituents.

What’s driving recent changes in distribution coverage at the company level?
Distribution coverage has fluctuated over the last few years for different company-specific reasons, with cuts helping in some cases. EnLink Midstream’s (ENLC) coverage jumped to 2.2x following a 33.7% distribution cut in 4Q19 and a backdoor cut in 1Q19. This week, EQM Midstream Partners (EQM) announced it would be acquired by Equitrans Midstream (ETRN) in a share-for-unit transaction expected to close in mid-2020. EQM and ETRN will cut their dividends in 1Q20 by 66.6% and 66.7%, respectively, to accelerate deleveraging. Notably, these cuts are already reflected in the yields cited for the AMZI and AMEI. Noble Midstream Partners (NBLX), Shell Midstream Partners (SHLX), and Plains All American Pipeline (PAA) have seen their distribution coverage drop year-over-year after growing their distributions by 17% or more over 4Q18. NBLX guided to increased distribution coverage of 1.3x at the midpoint in 2020, while PAA expects coverage to fall to 1.6x as a result of lower distributable cash flow driven by lower Supply and Logistics earnings (read more). SHLX had the lowest coverage at 1.0x in 4Q19 as a result of IDRs and double-digit percentage distribution growth, but last week, SHLX announced an IDR elimination and dropdown transaction. Western Midstream (WES) is guiding to slightly higher distribution coverage of 1.3x in 2020 as its distribution growth slows to 1% year-over-year from more than 5% in 2019. Crestwood Equity Partners (CEQP) has seen substantial improvement of its coverage from 1.5x in 4Q18 to 2.0x in 4Q19, and it expects to maintain that level this year.

MLP and midstream payout ratios remain healthy.
In an effort to provide more generalist-friendly metrics, we continue to highlight payout ratios for AMZI constituents, and this time, we add in payouts for the MLP and C-Corp constituents of the AMEI Index. For the calculation of payout ratios, we compared distribution/dividend payments (including payments for preferred units and payments to the general partner where applicable) to operating cash flow. Operating cash flow was used since earnings for MLPs are low due to historically high investment in growth projects, which results in higher depreciation expense. Payout ratios are essentially the inverse of distribution coverage, with the caveat that distributable cash flow is used for coverage and operating cash flow is used for payout ratios in this analysis. Please note that this is not an apples-to-apples comparison with distribution coverage since the payout ratios reflect the distributions paid in the period. Additionally, backdoor distribution cuts related to transactions in 2018 can create some noise in the data when comparing between 2018 and 2019. In the tables below, AMZI and AMEI constituents’ payout ratios for 4Q19 and full year 2019 are compared to their payout ratio for full year 2018, with 4Q19 coverage included for context for the AMZI.

Starting with payout ratios for the AMZI, the average payout ratios in both 4Q19 and 2019 stayed relatively consistent on a year-over-year basis, with the average payout ratio declining slightly from 69% in 2018 to 65% in 2019 for the full year. The average and median payout ratios for the AMEI were a solid 62% in 2019 when excluding companies that do not pay a dividend and outliers. Overall, the high payout ratio for the AMZI reflects the ability of MLPs to pay more of their cash flow to investors because they do not pay taxes at the entity level. For context, using Bloomberg estimates, the estimated payout ratio for the S&P 500 Utilities Index (S5UTIL) was 43.0% as of the end of 2019. It’s important to provide a caveat on any direct comparisons between MLPs and other sectors given the advantaged taxation for MLPs mentioned above.

For 4Q19, the range of payout ratios among midstream companies was wide, ranging from 26% on the low end for Kinder Morgan (KMI) to 100% or more for Holly Energy Partners (HEP), Shell Midstream Partners (SHLX), and Genesis Energy (GEL), which can reflect changes in working capital or seasonality. In these cases, the full-year payout ratio is likely more informative. From a high level, the C-Corps in the AMEI averaged a payout ratio of 58% in 2019, up from 52% in 2018. Relative to the C-Corps, the MLPs in the index averaged a higher payout of 62% in 2019, which was down slightly from 71% in 2018. Nearly half of the index – 15 out of 33 companies analyzed – had a payout below 60% for full-year 2019, increasing to 17 companies for 4Q19. The average payout ratio for US C-Corps in the AMEI was nearly constant from 2018 to 2019, increasing from 57% to 58%. Payouts for the Canadian companies jumped from 45% in 2018 to 58% in 2019 as four of the six companies increased year-over-year. The different payout ratios also reflect company-specific nuances within the midstream space. KMI, for example, has a buyback program in place and is growing its dividend at 25% as it rebuilds after cutting in December 2015.

Bottom Line
While recent market volatility has pressured midstream equities, the strength in coverage ratios for MLPs and average payout ratios below 60% for midstream C-Corps should provide a degree of comfort to investors, even as yields remain high. For MLPs, higher coverage ratios underscore the ability of MLPs to afford their distributions and also reflect the improved financial positioning of these companies as a focus on distribution growth has given way to a more sustainable approach to capital allocation. Compared to years past, MLPs and midstream C-Corps are facing today’s market headwinds with improved financial flexibility, particularly among MLPs.