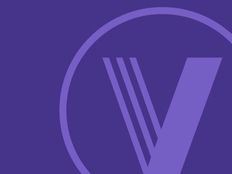 What Happened: MLPs Get Creative in March

Our CEO’s epic March Madness bracket aside, this month, quarter, and year all got off to a rough start. As necessity is the mother of invention, MLPs are starting to get creative with their debt financing and IPO structures.

Kinder Morgan (KMI) issued seven- and 12-year Eurobonds totaling EUR 1.25 billion (USD 1.35 billion) in March. With the European Central Bank’s quantitative easing program, a strong dollar doesn’t hurt when it’s time to pay interest and principal. Yields are also lower in Europe than in the US. Energy Transfer Partners (ETP) also issued debt in March, raising $2.5 billion, including $1 billion of 10-year, 4.05% notes. Despite having the same BBB- credit rating as the KMI 12-year Eurobonds and a shorter maturity by two years, the yield on the ETP 10-year debt is 180 bps higher. ONEOK Partners (OKS), another investment grade MLP that tapped the debt capital markets in March, saw its 10-year notes yield 265 bps higher than KMI’s 12-year Eurobonds, again, despite an earlier maturity and a better credit rating (BBB).

The forward year curve implies that we all think US interest rates are going to rise. Being the conservative guys and gals they are, MLP management teams are also preparing for this. During the first quarter, MLPs raised $17 billion of debt, compared to nearly $40 billion raised throughout all of 2014. Since most MLPs use fixed-rate debt, they are locking in these low rates for the coming years and decades. It may temporarily increase leverage, but as long as they stay within their covenants, this pre-capital raise will result in lower interest payments, which means better returns on projects and higher coverage ratios.

For example, in early March, Williams Partners (WPZ) completed an offering for $3 billion of senior notes, including $750 million of 4% notes due in 2025. Two weeks later, WPZ redeemed $750 million in 5.875% notes due in 2021. So the company effectively extended the term of that debt by four years and shaved 187.5 bps off the interest rate, which over six years equals more than $84 million in interest payments.

Debt isn’t the only place that we’re seeing creativity abound in the MLP space. Competing solar panel manufacturers First Solar (FSLR) and SunPower (SPWR) filed a registration statement in March for a YieldCo called 8point3 Energy Partners, which will own and operate solar energy generation projects. In case you were curious about the significance of the name, it takes 8.3 minutes for light from the sun to reach Earth. While this isn’t the first time we’ve seen a renewable generation YieldCo (five IPOs in the last two years, including one, NextEra Energy Partners (NEP), also structured as an MLP), it is the first time we’ve seen one formed via JV. And I do appreciate a creative, astronomy-based name.

When I was a girl growing up in Pennsylvania, every year in school at the beginning of March, we would make a construction paper, cotton ball, and yarn creation based on the saying “March comes in like a lion and goes out like a lamb.” Since leaving my small town, I’ve learned that this isn’t common wisdom. Investors were hoping in the first weeks of March as MLPs continued to slide that this idiom would prove true, but MLPs still finished the month down 4.2%. Still, the broader lesson of those childhood art projects is that seasons are cyclical, and though it feels like it has been cold forever and there will always be gray skies, that actually isn’t true. We’re in this for the long haul.