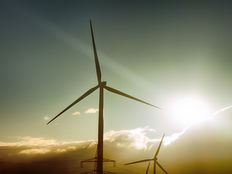 After a Watershed Year, What’s the Outlook for Energy?

The energy market experienced a watershed year in 2020, as this was the first time that traditional energy exchange-traded funds fell and renewable energy ETFs rose.

The traditional energy market has been shaky ever since prices fell in 2015 when a glut of petroleum flooded world markets. Supply and demand were supposed to come into balance this year, but the pandemic crushed global demand when the world effectively shut down. Crude-oil prices are hovering around $45 a barrel now, about the mid-point for where prices have traded for the past five years, but a far cry from the $100 a barrel they were trading at 10 years ago.

UBS analysts said in their 2021 outlook that this year was the biggest shock to the energy complex since World War II, noting “that appreciation and destruction of capital at such size is really giving every investor pause for thought.”

Compare that to one of the biggest clean-energy ETFs, the $3.95 billion iShares Global Clean Energy ETF (ICLN A+). The yield is a paltry 0.57%, but its year-to-date total return is an eye-popping 133%.

For years, financial advisors used energy investments for their income-seeking clients, attracted to the hefty dividends that companies paid. If 2020 is any indicator, that may no longer be the case.

“We’re in this mass shift in energy and no one knows how it’s going to play out,” Milan says. “I don’t think the old adage of ‘I’m just going to use energy for income’ is necessarily applicable anymore.”

The energy market may be under a structural shift, prompting some advisors to rethink using these old income standbys. Yet others say there could be life left in the field and aren’t writing it off.

Several advisors say they used to own master limited partnerships because of their rich yields and advantageous tax structure. Most investors think of pipeline companies when they think of MLPs, but these entities are involved in managing and providing infrastructure throughout the industry, from production to transportation.

MLPs should have been shielded from volatile energy prices, but they were hurt during the first energy price rout. Steve Frazier, president and lead financial planning advisor for Frazier Investment Management, says his firms started to “heavily pare down” their MLP concentration in 2015 because of structural issues at the time.

Chuck Self, chief investment officer, iSectors, says his firm previously used MLPs as part of a liquid alternatives allocation to increase portfolio diversification. The initial draw was that MLPs were low-beta stocks with high dividend yields that were supposed to provide a downside buffer when equities fell. “Unfortunately, these stocks have underperformed in both positive and negative stock markets. Also, the correlation with the S&P 500 has risen to over .90 over the past year,” Self says.

Milan, who also used to use MLPs for income, isn’t interested in the traditional energy space right now.

“I don’t anticipate including ‘pure-play’ energy. I actually think the (energy) ETF space is going to be harder to include in our models, because I think it’s more of a stock-picking game. And I don’t always say that,” Milan says.

Self believes that traditional energy’s growth days are behind it, given the cost reductions in wind and solar energy. Natural gas will like still see demand since it is a cleaner-burning fossil fuel, but he thinks that alternative sources will fill more electricity demand. He replaced his MLP holdings and purchased the $2.2 billion Invesco WilderHill Clean Energy ETF (PBW B). It has a 0.38% yield and is up 162% year-to-date.

Gus Wilmerding, partner and portfolio manager at Williams Jones Wealth Management, says energy companies have done a “terrible job” at managing their businesses. “The companies are being priced as if they were going are going away to some degree,” he says.

The energy sector may not be the growth engine it once was, but Wilmerding says he’s positive on the sector from a price appreciation perspective because of the damage done already. He’s seeing restructuring happening as in the third quarter 83% of energy companies had positive free cash flow. “There will be a price response. What’s the old saying? The best thing for low prices is low prices,” he says.

If advisors are thinking of adding pure-play energy to portfolios, Milan says he’d look at a smart-beta or equal-weighted energy ETF because broad-based energy ETFs “are basically putting your eggs in one basket with Exxon Mobil and Chevron, maybe Occidental Petroleum.” He suggests Invesco S&P 500 Equal Weight Energy ETF (RYE A-) for a non-market cap broad-based energy ETF. It has a yield of 3.35% and a total year-to-date return of down 31.5%.

Frazier says he’s starting to look again at traditional energy producers, in part because many of the major oil firms are spending significant sums on renewable energy production. “This could be pretty large opportunity to be early in buying from the legacy producers as they transition to renewable and at the same time, collecting an incredibly strong dividend yield,” he says.