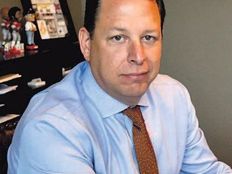 At the Inside ETFs conference, we had the chance to talk with the Head of Capital Markets at Goldman Sachs Asset Management, Steve Sachs. Steve shared his insight about active-beta investing and the recent Goldman ETF launches. He has been in the investment space for over 20 years and talked about his views regarding the markets going forward.

ETF Database (ETFdb): Please tell us about yourself and about the trajectory that lead you to becoming the Head of Capital Markets at Goldman Sachs Asset Management.

Now, there are more products available and the space is more competitive. Everyone realizes that the capital market’s function is very important (making sure that when you and I buy or sell an ETF we are active in the secondary markets and that there’s high market quality and execution).

ETFdb: Most of Goldman Sachs’ recently launched (September and November 2015) ETFs, such as GEM, GSLC, and GSIE are active-beta. What inspired the creation of these particular ETFs?

S.S.: The active-beta strategies (which are our version of smart-beta) are multifactor stock selection models. The strategies actually existed inside Goldman for quite some time. Goldman Sachs Asset Management acquired a firm called West Peak Asset Management a few years ago, when the active-beta strategies were born. Factor investing is not new to Goldman Sachs; they’ve been doing it for many decades. The strategies themselves really made sense. It’s a very quantitative, rules-based, repeatable process.

A lot of demand from our client base was not just the strategies, which we had been delivering in separate account form for some time (over $12 billion in assets, benchmarked into strategies in separate accounts or other formats), but the ETFs. And ETFs have become really popular across the entire client segment: institutional, adviser, and retail. It was really, first and foremost, driven out of these strategies that were in high demand that led to the building of transparent, passive index investments in ETFs.

ETFdb: Relating to the above question, what do you think is the advantage to investing in active-beta ETFs as opposed to passive ETFs?

S.S.: We think the opportunity for outperformance in a smart-beta allocation is really what appeals to investors, particularly given what we saw in the U.S. and global markets last year from a return perspective. The idea is that investors are going to be looking for opportunities to outperform, to lower their risk, and diversify. That’s what our approach to smart-beta investing is, with four factors.

ETFdb: Who should invest in your funds? Who’s the primary investor?

S.S.: The primary investors today have been institutional investors who have been doing multifactor stock selection models for quite some time and who want access to the Goldman Sachs expertise in doing so. Also, advisers who are more retail-oriented here at the conference and are managing money for other investors who essentially want that same expertise, but certainly don’t have the resources to go out and build quantitative stock selection models themselves. The stories resonated very well with them, and not only from gaining access to the Goldman Sachs expertise, which is the strategy itself.

ETFdb: Are there any funds outside the active-beta space that you can tell us about?

S.S.: It’s very difficult for us to talk about anything that’s in the product development process. I will tell you the one thing that we can mention: we do have a public filing out there for an environmental and socially responsible index and ETF. You’ll see that from us in the near future. But beyond that we really can’t comment on product development.

ETFdb: In terms of retail investors, do you think ETFs and mutual funds over the long term can play nicely together in a portfolio? Or do you think that portfolio management is heading more towards the direction of ETF-only portfolios?

S.S.: This is one of my favorite topics, honestly. I’m a big believer in the ETF structure. I’ve spent a good portion of my career involved with firms in the ETF space. But an ETF is just a wrap, so from Goldman Sachs’ perspective, we first and foremost are just a wrapper agnostics solutions provider. We’re essentially going to deliver our investment expertise in whatever wrapper our particular clients want. From an active-passive perspective, it is a very long-winded answer to say yes, I actually do think that they can, and will continue to co-exist. My grandfather used to tell me you can’t build a house with just a hammer, you’ve got to use the whole toolbox.

It’s all part of a global asset allocation model. And from an active perspective, if you as an individual, or you as an adviser, have the resources and the wherewithal to go out and find active managers, do your homework, and allocate to them, then there are obviously some very active managers in the world. Augmenting that with passive-beta exposure, or smart-beta exposure, also makes a lot of sense from that perspective. Active managers don’t always diversify, you tend to get very concentrated bets. But having both of those coexistent portfolios typically tends to give you a better overall global asset allocation, and better risk-adjustmed returns. So we think both can coexist; there is room for both. Are mutual funds going the way of the dinosaur? No, not any time soon.

ETFdb: Money managers are buying utility stocks and ETFs in the current environment. What is your outlook for the stock market going forward? Do you think the worst is behind us, or is there still more room in this correction?

S.S.: Now, these are the opinions of Steve Sachs and not Goldman Sachs. I do think that, generally speaking, what we’ve seen over the last year, particularly in U.S. equities, is probably the new normal, at least for the next couple of years. I think low- to mid-single-digit returns, and the S&P, is probably fairly spot on given everything that we’re faced with.

We’ve obviously had a lot of growth and unemployment has dropped substantially in this country. The bull market has been going on for quite some time; it is not unusual or unnatural to have the type of correction that we’re having. The first couple of weeks of the year have been more brutal than normal. But when you step back and get perspective, at the end of the day it’s still just a correction. We’re not in a recession.

Interest rates are in theory rising in this country, and they are rising for good reason. There has been economic expansion that has been sustained. So ultimately, I do think that equity returns are positive. I just think that they’re a more normalized return, versus the post-financial crisis, double-digit returns that we saw for some years.

ETFdb: What would be your best piece of advice for investors in this market environment?

S.S.: That’s a good question. I think one of the things that 2015 showed us is that diversification still matters. Going back to 2009, 2010, and even ‘11 and ‘12, you really didn’t need to own much more than U.S. equities. If you held U.S. large-cap equities, you probably did pretty well, and it was a relatively smooth ride.

I think what 2015 showed us, and what certainly the first month of 2016 is showing us, is that those are fairly abnormal markets. Diversification matters. How you allocate domestically and globally matters. Back to the active versus passive strategies; there is room for both. There is a need for both. I think investors in 2016 are going to be more acutely aware of the volatility in the market in seeking opportunities that give them exposure, particularly to parts of the world that are growing like the U.S. But I think that they’re going to want to do it in a little more thoughtful fashion, finding strategies that basically have a better risk-adjusted return profile that helps smooth that ride.

ETFdb: Last question: what is the biggest insight so far from the conference?

S.S: I will tell you. We’re aware of it because we’re in the smart-beta space, but we knew this going in. One of the things that we’ve heard from advisers over the last couple of days, and we’ve heard it for quite some time, is they like the concept of smart-beta. How do they allocate to it? What is it actually? What’s the definition of it? We all have a slightly different definition.

The adviser community is here to educate themselves. That is, I would argue, a relatively big difference. I’ve been doing this for a long time, and I will tell you that 10 years ago this didn’t exist. It existed on a small scale, but you wouldn’t see 1,500 people in this room over the course of three days educating themselves on not just exchange-traded funds, and not just smart-beta, but the overall market trends.

ETFdb: Thank you so much, Steve. Anything else you would like to add, or any comments? 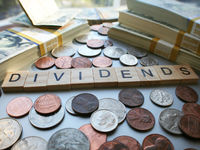 This ETF Has Some ESG to Pair with Big Dividends

As the environmental, social, and governance (ESG) investing phenomenon evolves, it is... 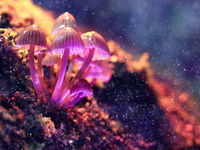 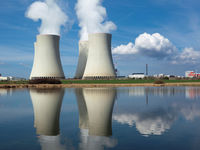 The Sprott Physical Uranium Trust launched in July, and its NAV is already up 35.2% since launch....