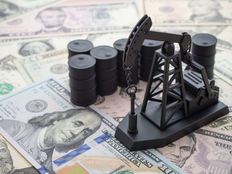 Can the Energy Rally Last?

The energy sector posted a strong first half to 2021, but can it sustain its rally? Leveraged funds like the Direxion Daily Energy Bull 3X Shares (ERX C+) will be hoping so.

“The S&P 500 index had a more than 15% total return in the first half of the year,” a Pensions & Investments article said. “The energy sector led the way with roughly 46%, followed by financials, real estate, and communication services, which returned 26%, 23% and 20%, respectively.”

ERX seeks daily investment results equal to 200% of the daily performance of the Energy Select Sector Index. The index is provided by S&P Dow Jones Indices and includes domestic companies from the energy sector, which includes the following industries: oil, gas, and consumable fuels, and energy equipment and services.

The rally is real given the fund’s rise of close to 80% so far this year. Oil prices have returned after a disastrous 2020 when prices fell below $0.

Volatility in the Oil Markets

With ERX’s largest holding in Exxon Mobil Corp, the oil market will be one to watch for traders. Right now, the commodity has been doused with a heavy bout of volatility as OPEC member discussions continue to weigh heavy on oil prices.

“The International Energy Agency on Tuesday warned that world oil markets are likely to remain volatile following a breakdown in talks between OPEC members and their non-OPEC allies, creating a no-win situation,” a CNBC report said. “In its latest monthly oil market report, the IEA said energy market participants were closely monitoring the prospect of a deepening supply deficit if a deal was not reached by the Organization of the Petroleum Exporting Countries and its oil-producing allies, a group known as OPEC+.”

Given the volatile nature of oil right now, traders can also play the other side of the coin with an inverse fund: the Direxion Daily Energy Bear 2X Shares (ERY B). ERY equates to 200% of the inverse of the daily performance of the Energy Select Sector Index.

“Oil markets are likely to remain volatile until there is clarity on OPEC+ production policy. And volatility does not help ensure orderly and secure energy transitions — nor is it in the interest of either producers or consumers,” the IEA said.