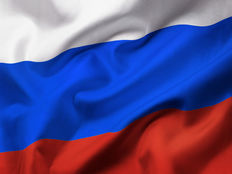 Double Exposure to Russia in the New Year

Russia was one of the brights spots in emerging markets (EM) this year, and more strength could be ahead for traders in 2022.

The MSCI Emerging Markets index is down 5% year-to-date, but the MSCI Russia index is up about 14%. Even with its geopolitical issues in addition to rising global inflation and the pandemic, investors haven’t quite been dissuaded from pouring into Russian assets.

In addition, a rising dollar hasn’t hurt Russia compared to other emerging market countries. EM performance is closely tied to the performance of the local currency, and the Russian ruble has maintained its resiliency over the past year.

“While most emerging-market currencies have weakened against a resurgent dollar in 2021, the ruble has remained resilient, currently little changed from a year ago,” Bloomberg reports. “It’s a similar story for local-currency and dollar bonds, which have posted losses but still beaten the average performance among Russia’s peers.”

As mentioned, investors haven’t been rattled by the latest European and U.S. sanctions against Russia. The beginning of 2021 saw Russian-Ukrainian tensions rise as both nations have bolstered their troops near the border.

While Russia’s benchmark stock index has fallen as of late, it’s still in an uptrend. The index gained 14% (in ruble terms) in 2021.

If at some point Russia decides to invade Ukraine, more sanctions against Russia by the European Union (EU) and U.S would result. As such, investors will want to tread lightly given these geopolitical risks.

“If it invades Ukraine, Russia would disappear as an asset class,” said Elena Loven, a fund manager at Swedbank Robur Fonder AB in Stockholm. “Sanctions will be imposed and it will be impossible to know what you can and can’t do. At some point, Russia would become uninvestable.”

Doubling Down on Russia

For traders who want to double up on exposure to upside in Russia, there’s the Direxion Daily Russia Bull 2X ETF (RUSL B-). The fund shot past 75% in gains before falling back down to earth, but more strength could be ahead following the latest year-end correction.