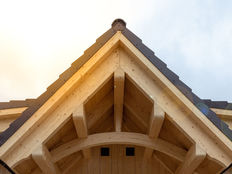 Technology isn’t the only sector that’s been able to power through a 2020 that the majority of the capital market ecosystem would like to forget. One bright spot has been the housing market, which could get a boost from increased homebuilder confidence.

“The housing market continues to be the bright spot of the U.S. economy despite the worsening coronavirus crisis,” noted a Nasdaq article. “For the second month in a row, the homebuilder sentiment has risen to a record high. Per the monthly National Association of Home Builders (NAHB)/Wells Fargo Housing Market Index (HMI), builder confidence for newly-built single-family homes surged to an all-time high of 85 points in October in comparison to 83 points in September, 78 in August, 72 in July and 30 in April (the lowest since June 2012). Notably, September and October stood out as the first two months with the index surpassing 80. Any reading above 50 is considered positive and signals at improving confidence.”

“Notably, all three components of the index performed well by either setting new records or matching their highest readings ever in October,” the article added. “The current sales conditions came in at 90 compared with 88 in September. Buyer traffic remained strong at 74 and sales expectations rose to 88 in October, gaining three points from the prior month, per the NAHB press release. The three-month moving averages for regional HMI scores in the Northeast spiked six points to 82. Moreover, the South index climbed three points to 82. Also, the Western index jumped five points to 90, with the Midwest scaling up three points to 75, per the release.”

Another mover will be interest rates, which have been at all-time lows. As such, the rise in mortgage applications could help feed into an increased demand for real estate.

“Low interest rates are boosting demand in the housing market, resulting in an increase in mortgage applications,” the article added. “Analysts believe that support from the Federal Reserve keeping rates at such modest levels.”

Traders sensing homebuilder strength can look at the bullish Direxion Daily Homebuilders and Supplies Bull and Bear 3X Shares (NAIL C+), which attempts to deliver triple the daily returns of the Dow Jones U.S. Select Home Construction Index. For investors who want homebuilder exposure, but without the leverage can take a look at the SPDR S&P Homebuilders ETF (XHB A+).

XHB seeks to provide investment results that correspond generally to the total return performance of an index derived from the homebuilding segment of a U.S. total market composite index. In order to track the performance of the S&P Homebuilders Select Industry Index, the fund employs a sampling strategy.