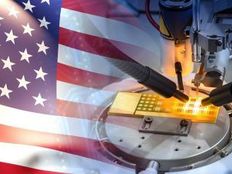 The global war being waged by economic superpowers is not about weapons, but more about technology. The U.S. in particular is looking to bolster its semiconductor industry in order to keep pace with China.

Of course, to do this requires backing from the major U.S. chip makers and making sure their interests are in line with the government. According to a Reuters article, they seem to be coming around in order to support this global initiative by the U.S. government to stay competitive.

The White House introduced a bill to address its competitiveness in the semiconductor industry by adding $52 billion. Of course, when it comes to how to spend citizen tax dollars, there is always room for contention.

“The measures include $52 billion in subsidies and an investment tax credit to boost U.S. manufacturing,” a Reuters article said. “The bills have bipartisan support. Powerful Republican Senator John Cornyn on Sunday tweeted that proceedings on the bill have a ‘green light’ after Democrats pared back their ambitions for unrelated spending bills.”

Getting the entire chip industry on board to support the bill is also another hurdle. As currently presented, other chip makers feel that it only benefits certain big players in the industry like Intel.

However, a revamped version of the bill could get all players, big and small, on board. It aims to include chip manufacturers that use fabrication as opposed to those who create their own chips from start to finish.

2 Options to Play the Semiconductor Industry

With political winds providing tailwinds for the chip industry, traders can consider the Direxion Daily Semiconductor Bull 3X ETF (SOXL B+). Its holdings include ON Semiconductor, which produces chips for a wide range of applications, as do other companies in SOXL.

SOXL seeks daily investment results equal to 300% of the daily performance of the PHLX Semiconductor Sector Index. The index measures the performance of domestic companies engaged in the design, distribution, manufacture, and sale of semiconductors.

Of course, should the bill not get the support it needs, traders can also take the Direxion Daily Semiconductor Bear 3X Shares (SOXS B). This option can serve either as a hedging strategy or a sole bearish position.