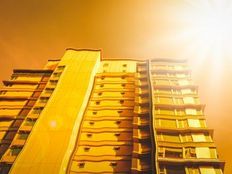 The cost of rising utilities can offer investors an inflation hedge, but another catalyst is record-breaking heat in the Western region of the United States. It’s helping to propel the Direxion Daily Utilities Bull 3X Shares (UTSL A-) to a 19% gain in the last three months.

The heat wave in states like California is applying pressure on the state’s electric power grid, adding to already rising prices of electricity. As the weather warms up, more consumers are having to increase the cold air blowing on their air conditioners.

“A heat wave forecast to bring triple-digit temperatures to California and other western states this weekend is expected to strain the grid increase natural gas spot prices,” a Los Angeles Times article noted.

As for the fund, UTSL seeks daily investment results equal to 300% of the daily performance of the Utilities Select Sector Index. Per Yahoo Finance numbers (as of September 1), UTSL is up over 20% for the year and 35% within the past month.

Needless to say, it’s been literally record-breaking heat for the West Coast. It’s even threatening to break a long-time record in the lowest point in North America.

“The dangerous late-summer heat wave is forecast to send temperatures soaring past 100 degrees Fahrenheit in parts of the West, including in California, where officials have already been discussing ways to protect against blackouts. In the Desert Southwest, temperatures well over 110 are forecast, and highs could even reach an astonishing 127 F in Death Valley, California, on Friday, which is just 7 degrees shy of the world record air temperature of 134 F set there in July 1913,” an AccuWeather article noted.

Traders looking to supercharge their returns can also look to broad energy as a potential play. For triple the leverage, one option from Direxion Investments is the Direxion Daily Energy Bull 3X Shares (ERX A-).

ERX seeks daily investment results equal to 200% of the daily performance of the Energy Select Sector Index. The index is provided by S&P Dow Jones Indices and includes domestic companies from the energy sector, which includes the following industries: oil, gas, consumable fuels, and energy equipment and services.