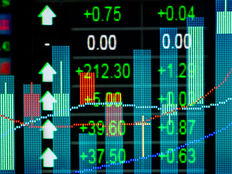 China’s technology sector headed downward in 2021, as did the rest of the country’s stocks amid regulatory measures and the Evergrande crisis, but things could be turning around in 2022.

Tech giants like Alibaba and Tencent Holdings felt the wrath of Chinese federal regulatory measures curbing monopolistic business practices. The federal government’s stranglehold on the tech industry did no favors to Chinese tech stocks, with the Nasdaq OMX China Technology index going down 27% in 2021.

However, things could be turning around. Still, the regulatory cloud could still be looming over Chinese tech stocks, so investors should proceed with caution if they’re looking for bargains.

“The Cyberspace Administration of China notified some of the country’s biggest internet companies of new rules that will require them to seek approval for investment deals, The Wall Street Journal reported on Wednesday (January 19), citing people familiar with the matter,” the article adds further. “The internet regulator, on its official WeChat account, said the draft rules circulating on social media weren’t issued by the agency, the Journal reported.The back and forth came as TikTok owner ByteDance on Wednesday said it was reducing its investment team and eliminating a group that focused on financial returns as part of a restructuring, according to a report by Reuters.”

CWEB seeks daily investment results equal to 200% of the daily performance of the CSI Overseas China Internet Index, which is designed to measure the performance of the investable universe of publicly traded China-based companies whose primary business or businesses are in the internet and internet-related sectors.

If traders sense more bearishness in the Chinese equities market overall, there are options. One broad-based play is the Daily FTSE China Bear 3X Shares (YANG A-).

YANG seeks daily investment results equal to 300% of the inverse (or opposite) of the daily performance of the FTSE China 50 Index, which consists of the 50 largest and most liquid public Chinese companies currently trading on the Hong Kong Stock Exchange (“SEHK”).