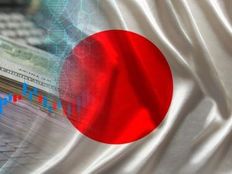 While news out of China might be complicating things for Asian-focused investors this week, prospects seem to be improving for strategies that target Japan. Two small-cap Japan ETFs broke through their 200-Day Simple Moving Average Wednesday, combining two themes that had already been getting noticed for their relative resilience amid significant uncertainty looking towards next year.

The iShares MSCI Japan Small-Cap ETF (SCJ B+) and the WisdomTree Japan SmallCap Dividend ETF (DFJ C+) both breached their 200-Day SMA during the trading day Wednesday, displaying notable momentum. SCJ hit $63.55 by midafternoon Wednesday, rising past its $63.36 SMA, while DFJ reached $61.69 compared to its $61.42 SMA.

The pair’s rise comes as the Japanese government has taken aggressive steps to support its economy in all the late 2022 turbulence, launching a stimulus plan and reopening to tourists. Perhaps most impactful for Japan equities this week is that household spending in Japan rose for the fifth straight month, though real wages are down.

The small-cap Japan ETFs may benefit from those trends and macro events, but each provides a slightly different look, with an obvious difference in DFJ’s dividend emphasis. DFJ looks to replicate a dividend-weighted benchmark, the WisdomTree Japan SmallCap Dividend Index, while SCJ is open to small caps without such weights, tracking the MSCI Japan Small Cap Index.

DFJ charges slightly more than SCJ, asking 58 basis points compared to 50 for the iShares strategy. DFJ’s annual dividend yield comes in at 2.28% according to VettaFi, beating both the ETF Database Category and FactSet Segment Averages for yields.

DFJ has added $6 million in net inflows over the last month, and has outperformed both averages in one month returns by at least 1.3%. SCJ has also outperformed its averages, returning 6.9% over one month compared to the ETF Database Category and FactSet Segment Averages of 4.9% and 5.3% respectively.

Technical analysis is just one means of assessing ETFs, but it can be a powerful tool for the right investor. With some macro news pointing towards Japan, DFJ and SCJ may be a pair worth following this week if their momentum continues.