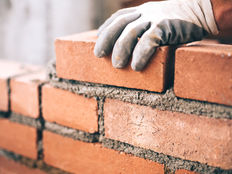 The House of Representatives passing the trillion-dollar infrastructure plan was bound to tee up investor interest, but a global opportunity is also brewing.

“Stocks tied to infrastructure moved higher on Monday morning after the House of Representatives passed a $1 trillion bill over the weekend, giving President Joe Biden one of his signature achievements and rewarding investors who bet on his plan,” CNBC reports.

“Investors have waited for a significant step-up in infrastructure spending for decades, and from Obama’s ‘shovel-ready projects’ to Trump’s ‘infrastructure week’ they have largely been disappointed. Accordingly, we view this generational investment as a significant catalyst for growth for a number of our stocks,” said Citi’s Anthony Pettinari.

While the infrastructure plan paves the way for opportunities in the U.S., getting global exposure to infrastructure can be had using funds like the FlexShares STOXX Global Broad Infrastructure Index Fund (NFRA B+). U.S. president Joe Biden is looking to infrastructure financing as a way to counter China’s ambitious Belt and Road Initiative.

“The Biden administration looks to launch a global infrastructure financing program, intended to counter China’s Belt and Road initiative, with between five and 10 flagship projects announced as soon as January, a senior U.S. official said Monday,” a Bloomberg report says.

NFRA seeks investment results that generally correspond to the STOXX® Global Broad Infrastructure Index. The index reflects the performance of a selection of companies that, in aggregate, offer broad exposure to publicly traded developed and emerging market infrastructure companies, including U.S. companies, as defined by STOXX Ltd. pursuant to its index methodology.

The passage of the infrastructure plan in the U.S. could spur similar ambitions around the globe. As such, getting global exposure to infrastructure can provide a growth opportunity with potential.

“While the Biden’s administration’s broader definition of infrastructure is creating significant investment opportunities here in the U.S., it’s also important for investors to realize that several other countries have been more progressive for years in how they view infrastructure,” FlexShares noted in an email. “As such, strategies that take a global approach deserve strong consideration.”