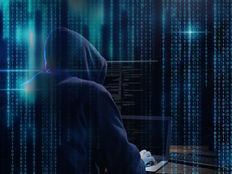 Climate change and the dangers it brings may be the greatest concern globally, but in America, what weighs heaviest are cyberattacks and the risks they bring. A recent study completed by AXA, a global insurance and asset management firm, on future risks and how they rank according to public opinion and risk management experts found that in the U.S., cyber risk was the number one concern for the first time.

The U.S. fell victim to 65,000 ransomware attacks last year alone at a time when the vast majority of the workforce was homebound and working digitally in the midst of the ongoing pandemic, reports Financial Times. Combine that with high-profile cyberattacks such as the reveal of the source code for Amazon’s live streaming platform Twitch last week, which leaked the income of some of the most popular streamers as well as other vital information, and cybersecurity is a concern that continues to sit at the forefront for many people.

Other major cyberattacks include the ransomware attack on the Colonial Pipeline as well as the Solar Winds hack that laid bare many weaknesses within the federal government’s own cybersecurity.

Cybersecurity is an involved and complex issue with attacks being individual, state sponsored, and any mix in between. Targets can include government agencies, private companies, or just individuals; many people that have been hacked are often reluctant to admit so, fearing empowering future hackers.

The U.S. Senate is currently attempting to tackle some of the gaps at the federal level by considering a bill that would require all cyberattacks on government contractors, agencies, and critical infrastructure companies to be reported to the Cybersecurity and Infrastructure Security Agency within 24 hours to avoid those entities being subjected to high fines.

“If we can’t see it, we can’t effectively defend,” said Jan Easterly, head of the Cybersecurity and Infrastructure Security Agency.

In fact, UCYB holds CIBR, then uses swaps contracts on that ETF to obtain leveraged exposure.

UCYB’s underlying benchmark tracks companies that build, implement, and manage security protocols for public and private networks. To be included, companies must have a minimum market cap of $250 million. Within the index, no singular security can carry more than 6% weight. Lower-volume securities have even tighter weighting restrictions.