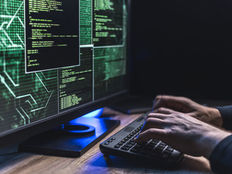 Microsoft announced on Monday that the group of hackers that have been linked to Russia and are responsible for the SolarWinds hack in 2020 have increased their attacks on technology companies this year, reported the Wall Street Journal.

The attack last year on SolarWinds that planted malicious code and then spread it across the industry, including large businesses like Microsoft, Cisco, Intel, many governmental agencies, and universities, to name a few, allowed for the hackers to spy on internal documents, emails, and sensitive information for a year, reported Business Insider.

Between July 1st and October 19th of this year, the hacker group targeted 609 companies 22,868 times — more attempts than all attacks on any governmental agency in the past three years.

A U.S. government official has said that the attacks have been fairly standard phishing and password spray attempts. The official said that any successful attacks by such attempts “could have been prevented if the cloud service providers had implemented baseline cybersecurity practices, including multifactor authentication.”

The SolarWinds hack highlighted the interconnectivity of the technology sector and how exploiting one point could have ramifications that affect many more. Congress has been concerned about similar levels of interconnectivity within supply chain cybersecurity; last week, the House passed a bill that essentially requires federal contractors to provide the details of the software they use in their supply chains, including their points of origin, for review.

“This recent activity is another indicator that Russia is trying to gain long-term, systematic access to a variety of points in the technology supply chain,” said Tom Burt, Microsoft’s corporate vice president for customer security and trust, in a blog.

In fact, UCYB holds CIBR, then uses swaps contracts on that ETF to obtain leveraged exposure.

UCYB’s underlying benchmark tracks companies that build, implement, and manage security protocols for public and private networks. To be included, companies must have a minimum market cap of $250 million. Within the index, no singular security can carry more than 6% weight. Lower-volume securities have even tighter weighting restrictions.