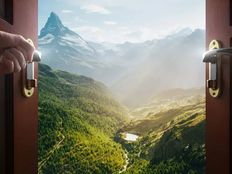 With quarterly earnings ahead, stock buybacks are hitting record highs, according to Reuters. This can pave the way for investors looking for exchange traded funds (ETFs) that focus on stock buybacks.

“U.S. stock buybacks appear to be hitting new records as companies head into quarterly earnings season, even as some investors worry about the growing threat of inflation, a potential recession and stagnant share prices,” Reuters says. “New repurchase announcements by U.S. companies reached over $300 billion in the first quarter, with March showing a strong year over year increase, suggesting buybacks have remained resilient in recent weeks, according to financial data firm EPFR, Informa Financial Intelligence.”

Stock buybacks have been more prominent in recent years. The decade-long bull run just before the pandemic saw a number of companies institute stock buybacks.

“Seen as a major contributor to Wall Street’s gains in the past several years, stock buybacks will be in the spotlight when results are unveiled,” Reuters says. “Companies typically buy back their shares when they are feeling confident about the future and view their stock prices as undervalued.”

“Investors are broadly worried about inflation and the threat of a recession on corporate outlooks, which could sour the willingness of companies to return money to shareholders in the form of big buybacks and dividends,” Reuters adds.

Play Buybacks With This ETF

Should buybacks continue, investors can play stock buybacks with one ETF: the Invesco BuyBack Achievers ETF (PKW B-). The fund comes with a 0.64% expense ratio as well as a 30-day unsubsidized yield of 0.93% (as of April 14).